Ksenia shared the video with her husband.

The personal life of 28-year-old Ksenia Syabitova, daughter of the famous TV presenter Rosa Syabitova, became public domain in 2017. Ksenia came to the studio "Let's get married!" and for the first time told the story of her divorce from her first husband, which she hid for two years. Younger Syabitova and her former lover Andrey Snetkov officially consolidated their union in 2015. However, the young family lasted no more than a year before leaving. It is noteworthy that Ksenia herself cannot answer the question of why this happened. According to the daughter of the country's main matchmaker, the ex-spouse gave a very vague explanation. The young man said that he was not yet ready for family life.

Roza Syabitova with her daughter Ksenia

The divorce hit Xenia hard - during the broadcast of the show on which she shared her story, the TV presenter's daughter burst into tears. Rosa herself has a theory as to why her heiress' marriage ended there quickly. The matchmaker believes that the matter is exclusively in the former venture. By the way, Roza Syabitova did not spare money for the wedding of her child. The celebration was very magnificent and was held in Tatar traditions. The star family paid 800 thousand rubles for one dress of the bride, and 150 thousand for a veil five meters long. The total amount spent on the holiday was approximately 15 million rubles.

Ksenia received the second marriage proposal last winter. The new chosen one of the younger Syabitova turned out to be a 33-year-old Maxim Shevchenko... This time, the celebration of the wedding of the young was much more modest. Rosa even worried that the holiday would have to be canceled altogether due to the pandemic. As a result, the wedding was celebrated on the TV presenter's personal site, and there were only 20 guests at the celebration. The bride's mother expressed confidence that this time the marriage would bring her daughter happiness, although from the very beginning the public was distrustful of the union of Xenia and Maxim. Some netizens at first even assumed that the relationship of young people was just PR. However, the heiress of the TV presenter only laughed at the negative comments addressed to her. 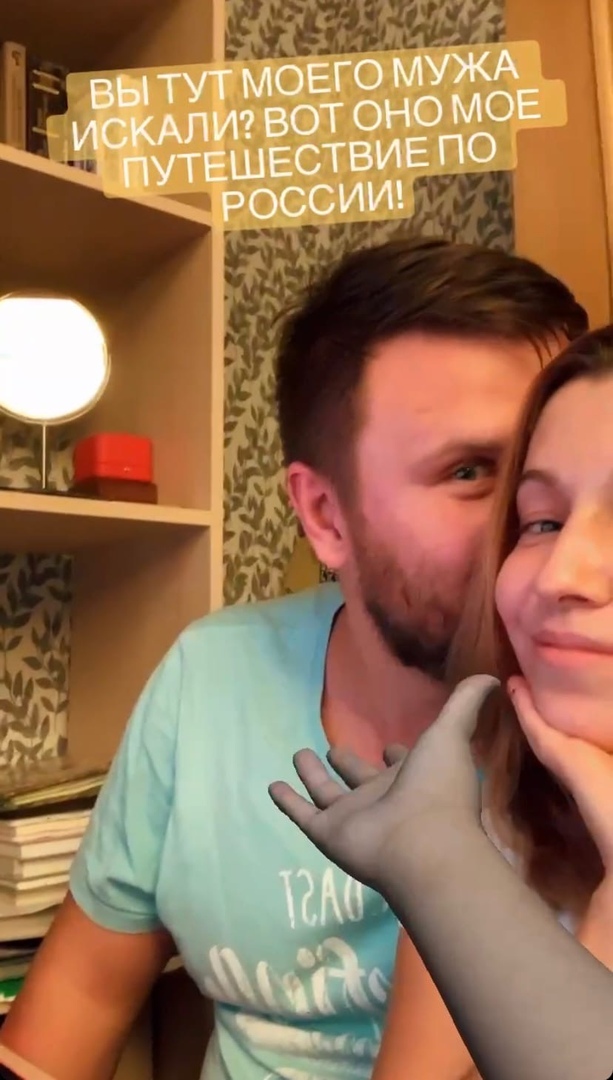 Ksenia Syabitova ridiculed the publication about her personal life

Ksenia Syabitova has been the subject of cyberbullying more than once. Today, the daughter of the star again reacted to comments about her personal life. In her microblog on Instagram, Syabitova shared quotes from the news article. The publication noted that the matchmaker's daughter went on a trip to Russia with her friends, but for some reason, Ksenia's new husband was not visible next to her. The star heiress made fun of the news and shared videos with her husband.

“Have you been looking for my husband here? Don't look! He is resting at home! " - said Syabitova (spelling and punctuation of the author are given without changes. - Prim. row.). Judging by what is happening in the video, the young couple is actually doing well. In the frame, lovers hug and kiss each other. Ksenia also denied information that she is currently traveling around the country. According to the daughter of the TV presenter, she just went to Suzdal on weekends.

By the way, Ksenia's mother, Roza Syabitova, turned out to be a new guest in the popular YouTube show "Empathy Manuchi". On the air of Vyacheslav Manucharov's program, the country's main matchmaker shared her opinion on the ideas of feminism and admitted that she married Ksenia's father of convenience. Also leading "Let's get married!" told talk show viewers exactly how much it costs to hire her as a personal matchmaker.