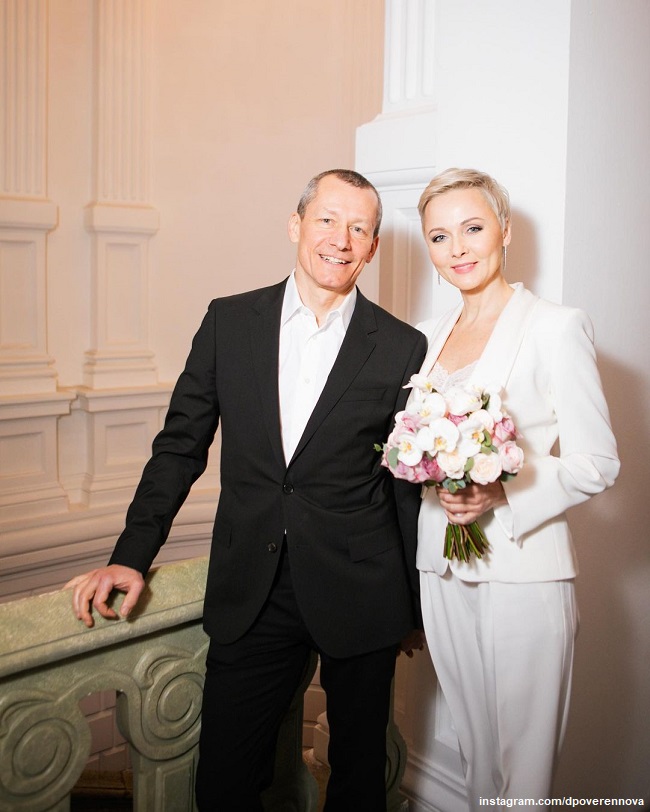 On Valentine’s Day, Daria Poverennova got married. Her chosen one was 57-year-old millionaire Andrei Sharonov. Over the years, he held leadership positions, including being the Deputy Mayor of Moscow. Now he is a member of the board of directors of several large Russian companies.

“Who said that with age there is no chance of female happiness ?! Or a man’s ?! Nonsense!!!“, The actress assured her fans. On the wedding day, Daria noted that they had been going for this day for almost eight years.

In her Instagram, Poverennova told how she met Sharonov. It happened in the summer of 2013. By that time, the entrepreneur was already a widower. The first meeting of the future spouses took place at the Mayakovsky Theater, where Daria played in the play “Love through the Eyes of a Detective”, and a businessman came to the production with her friends.

“Andrey then came with a bouquet of snow-white gladioli of such beauty, which I have never seen in my life! And then we went for a walk with Andrey in Moscow at night! Mid June, heat, romance … 😊 “, – wrote Poverennova.

“Well, then – joint gatherings at home, conversations until the morning, laughter, champagne, jokes, songs with a guitar … 🥰, – continued the actress. – Fate is such an interesting thing...☺️ “.

We add that Poverennova has an adult daughter, Polina, from actor and director Alexander Zhigalkin, with whom she has been married for ten years. Andrey Sharonov also has two children left from a previous marriage.