Dani Milokhin’s brother complained about his life destroyed by drugs 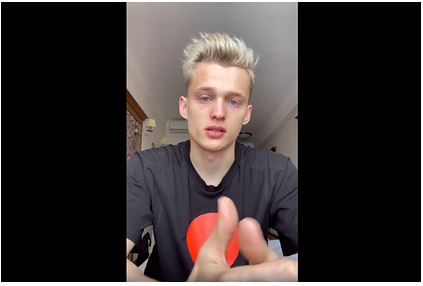 Blogger Ilya Milokhin, the older brother of the popular TikTok blogger Dani Milokhin, confessed to drug addiction and apologized to loved ones and subscribers. The young man complained that illegal drugs had ruined his life. The post is available on his Instagram page.

“Guys, I can’t forgive myself! I lost a lot, not appreciating what I had! I was acting like an egoist! I sincerely want to ask my friends, my brother, my parents, you, my subscribers, forgiveness, ”the blogger began his confession.

Milokhin wrote that for the sake of drugs, he deceived relatives, friends and advertisers: he took money from them, and after that he stopped communicating. The young man considers his past actions to be vile.

At the end of the post, the blogger turned to young subscribers and advised them never to use or try illegal drugs.

Earlier, music producer Viktor Drobysh refused to cooperate with Ilya Milokhin after he learned that the young man was using drugs.

At the end of April, journalists reported that Ilya Milokhin, who was then struggling with addiction, again began to use prohibited substances. He escaped from the capital’s drug treatment clinic, where he was sent for treatment.