It is customary to call a tradition a system of rules and norms that have developed in a country, region, among representatives of a certain profession or religious group. Most of these customs are interesting, harmless and even useful, for example, the traditional hospitality of the highlanders, funny Brazilian carnivals and Christmas carols among the Slavs, hanging a flag in Denmark outside the window on a birthday. But some peoples have strange and dangerous traditions that can lead to injury, disability and even death. 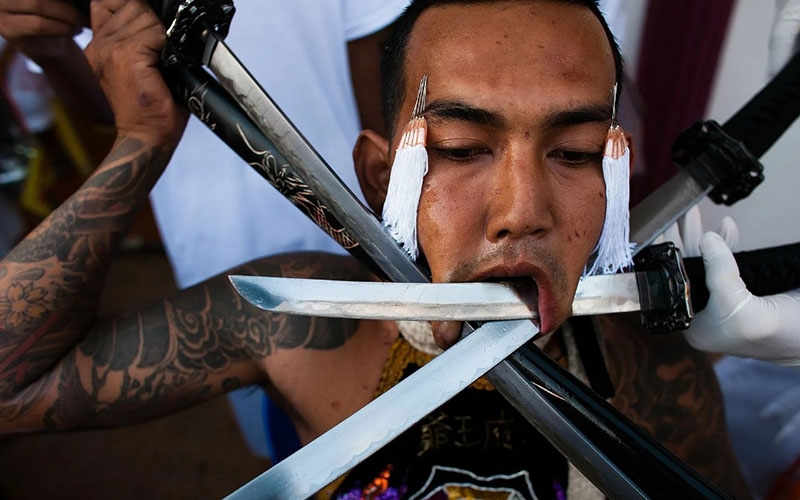 Many peoples retain religious traditions, the implementation of which causes pain or poses a threat to life. It is believed that sacrificing oneself allows one to achieve unity with the saints and earn the reward of the Almighty. Here is a description of several such sacrificial rituals: 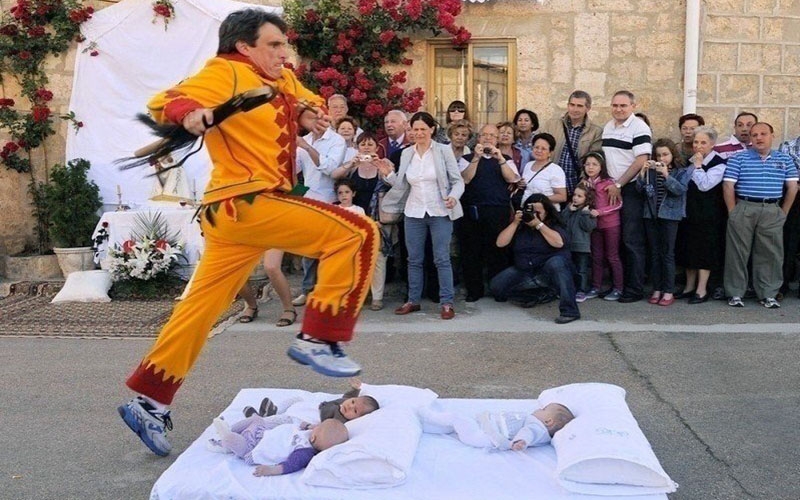 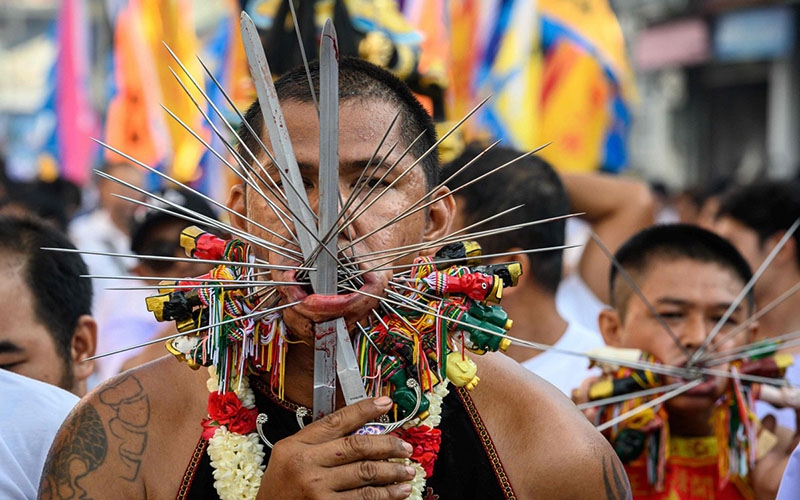 The Dani people of New Guinea express their grief over the death of loved ones in an extremely cruel way: at funeral ceremonies, they cut off their finger on their hand. Thus, with the loss of several family members, a person may well become a fingerless cripple.

Buddhists believe that the body serves as a temporary home for the soul, and after death it is no longer needed. Therefore, in Tibet, the bodies of dead tribesmen are given to be eaten by birds in order to rid their souls of the “unnecessary shell” as quickly as possible. For this, there is even a position of a “corpse cutter”, who dismembers the corpses into pieces and scatters them in the district. But this tradition at least does not pose a danger to the health of living tribesmen.

Another strange custom, which is also based on the belief that the faster the body disappears, the faster the soul reaches the afterlife, is common on the islands of Madagascar. This is something like a “festival of the dead”, which is held every few years. In order for the buried corpses to decompose more quickly, they are dug up, danced with them to music, and then buried again. Such a ritual is dangerous because the decaying flesh releases toxins that, upon contact, easily penetrate the skin of a healthy person. 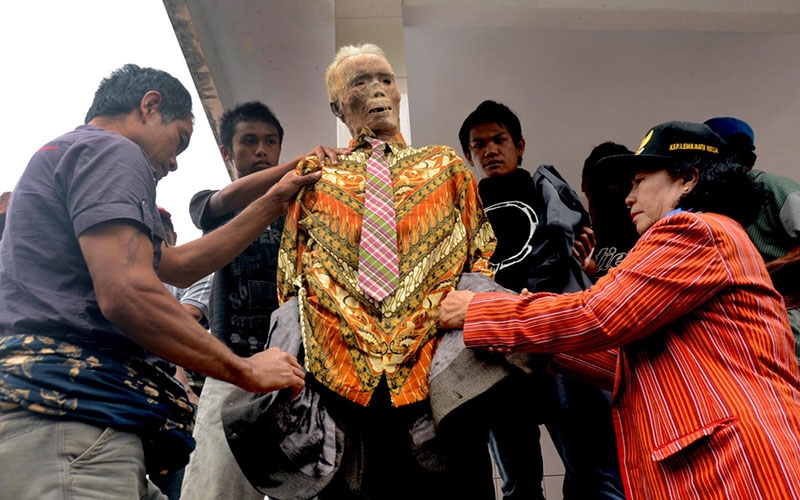 Medically unsafe is the tradition of eating corpses – necrophagy – which is practiced in some Indian regions and tribes of New Guinea. Considering that the main obstacle to spiritual liberation is the fear of death, the bodies of deceased relatives are eaten there, thus getting rid of the fear of dying oneself. But since such an “exotic” food is usually prepared without observing sanitary standards, it may contain pathological microorganisms, including staphylococcus aureus, which causes the development of endocarditis, sepsis and other deadly diseases. A safer, but no less terrible custom exists among the Yanomama Indian tribe, one of the most primitive in the world. There, he uses the ashes of the cremated dead for food, seasoning them with banana dishes.

Painful and dangerous “canons of beauty”

In some countries, since ancient times, there have been traditions and customs regarding changes in appearance, the cruelty and danger of which is simply amazing. At present, such wild “canons of beauty” are a thing of the past, and have survived only in some tribes far from civilization.

Among the Burmese Padong tribe, living in the highlands of Myanmar, a woman with a long neck, like a giraffe, is considered beautiful. To meet the standard, girls from the age of 5 wear something like a rigid collar around their necks, which is a copper spiral that causes the cervical vertebrae to stretch. The number of spiral rings is gradually increased, and in adulthood their number can reach 2-2.5 dozen, and the total weight is up to 5 kg. 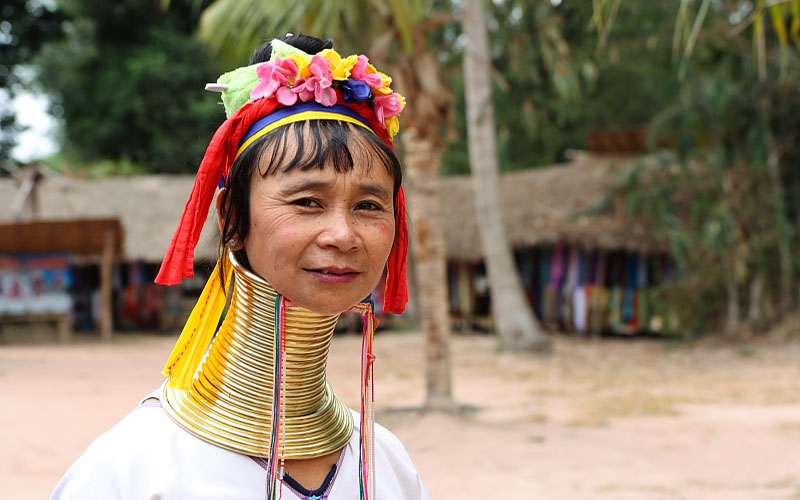 A strange rite, which, according to legend, is able to get rid of many shortcomings and strengthen the person who passed it physically and spiritually, is practiced in Bali. To lose such negative character traits as greed, anger, jealousy and lust, it turns out that it is enough just to file your teeth so that their edges are not sharp. This Jesuit procedure is carried out in adolescence, and is performed with a large file.

In China, until the twentieth century, the subminiature leg size was the standard of female beauty. A foot 7 cm long was considered ideal, such a leg was called the “golden lotus”. An adult woman could not have such a small leg, this was achieved by tightly bandaging the girls’ legs with bent fingers. Bandaging was carried out, starting from preschool age, and continued until the end of life. The bandage was removed only for a short time – to wash the legs and cut the nails. As a result, the toes were disfigured, broken, sometimes gangrene began, and they had to be amputated. It was very difficult to walk on a deformed foot, women practically became disabled, suffered severe pain – and all this for the sake of a successful marriage.

In Africa, as well as in some countries of the Middle East and Asia, the tradition of female circumcision (clitoridectomy), inherited from the ancient Incas, is still quite common. This very painful and dangerous ritual often leads to sad consequences – from infertility to death from sepsis, since the operation is performed in unsanitary conditions, without the use of disinfectants. 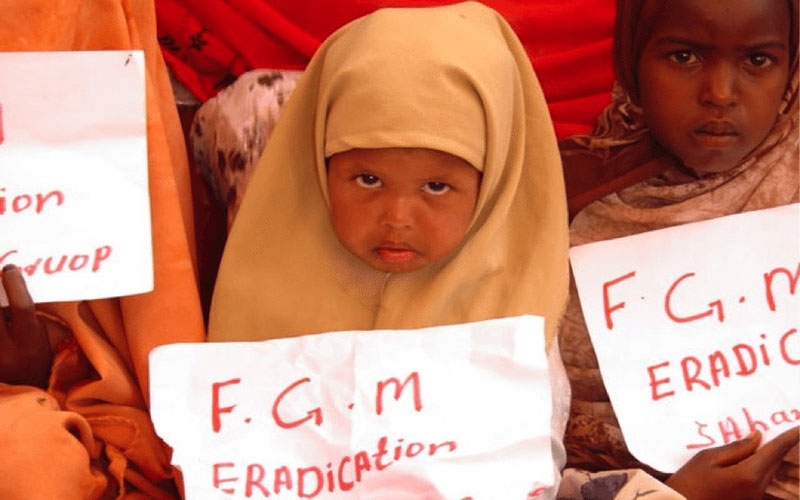 Removal of the clitoris deprives a woman of the opportunity to experience sexual satisfaction, which, according to adherents of this tradition, contributes to the preservation of marital fidelity. Today, about 130 million women between the ages of 6 and 16 have undergone this genital mutilation procedure, according to the WHO.