Customs and traditions of the celebration of the Trinity

Trinity is the twelfth holiday of Orthodox Christians, which is celebrated 50 days after Easter. It is established as a memory of the descent of the Holy Spirit on the apostles. The second name of this day is Pentecost, since in terms of time it just coincides with the Old Testament holiday with the same name. In Russia, special traditions of celebrating the Trinity have developed. This day is especially revered by our people, as it symbolizes the birth of the Church. 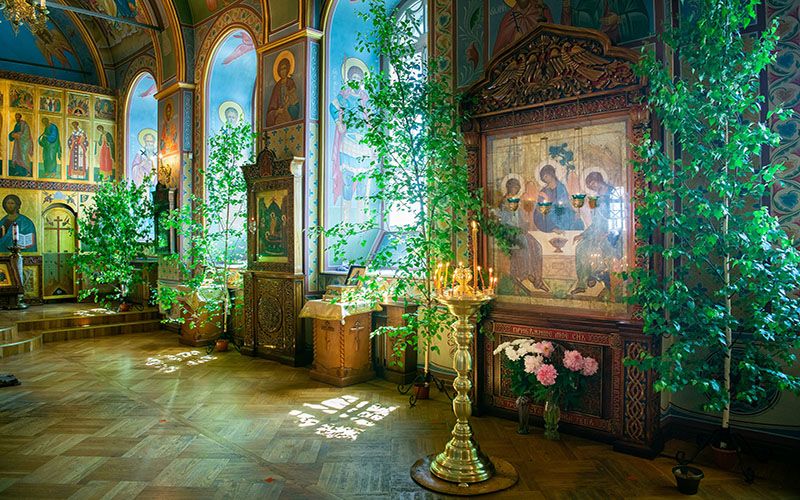 The traditions of celebrating the feast of the Holy Trinity were laid down as early as the 4th century – it was in 381 that the dogma of the three hypostases of God was finally adopted at the Second Ecumenical Council of Constantinople and the fullness of the Trinity was established. Earlier, before the official approval of the holiday, Pentecost was annually commemorated by the apostles, who commanded all Christians to celebrate it (1 Cor. 16:8; Acts 20:16). In ancient times, on the day of the Trinity, there was a custom to baptize the catechumens, which has survived to this day – after the Liturgy, instead of the Trisagion, they sing “Elitsy in Christ be baptized …”.

The significance of this day was noted as early as the first centuries of our era: the early Christian writer Tertullian testified in his works that Pentecost surpasses all pagan events put together. 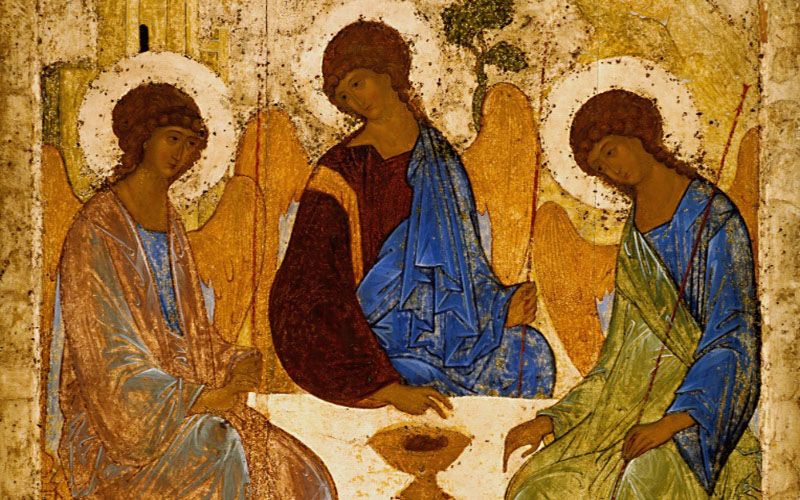 The traditions of the feast of the Trinity are connected with the testimonies of the apostles about the descent of the Holy Spirit, in which God manifested himself in his third incarnation. Before the Passion on the Cross, Jesus promised his disciples to send the Comforter. It is symbolic that this was done just when thousands of people gathered on the Jewish holiday in memory of how Moses on Mount Sinai received the tablets with the commandments from the Lord. From that moment on, strengthened by the Holy Spirit, the apostles began their sermons in many languages ​​and dialects, bringing the Word to the masses.

Traditions of the Trinity in Russia

Our ancestors were baptized late, in the 10th century, when the foundations for the celebration of Pentecost had already been laid. The Trinity was widely celebrated in Russia only in the XIV century under Sergius of Radonezh. Despite the fact that this event is purely Christian, in the traditions of our people, echoes of paganism are still preserved in the celebration of this day.

The main custom on Pentecost is the decoration of temples and houses with greenery. According to legend, when the Holy Spirit descended to earth, the chamber, in which the apostles and the Mother of God were, was decorated with flowers. In Russia, a tradition has taken root on Trinity to scatter branches of birch, maple, oak and mountain ash on the floor, and pagan roots can also be traced in this. 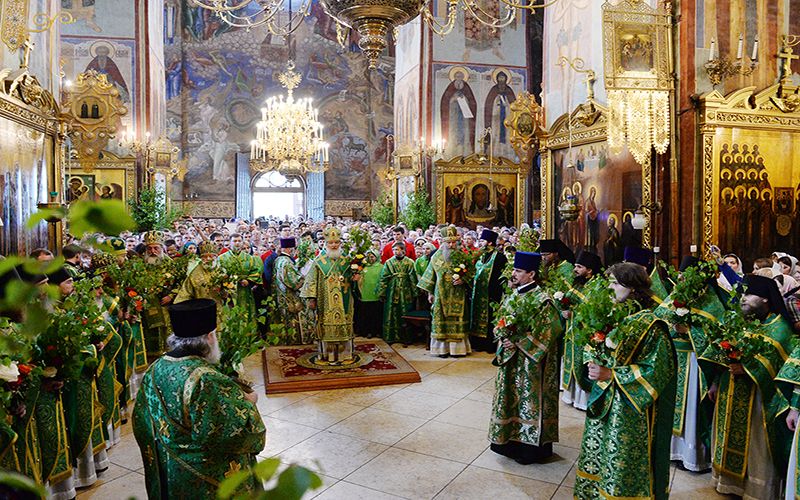 Pentecost usually falls at the end of May – the beginning of June, when nature blossoms. Our ancestors at that time celebrated the Rusal Week and saw off the souls of the dead to the other world with green branches.

By tradition, before the day of the Holy Trinity, they celebrate the Trinity parental Saturday. Orthodox custom says that turning to the Lord on this day is especially valuable, since God is next to everyone and hears every word. In the old days, on Saturday, they performed the ritual of fumigating the dwelling and the barn in order to protect themselves from evil spirits.

Tradition prescribes on Trinity Saturday to commemorate the souls of the dead in churches and cemeteries. Like at home, the graves are decorated with greenery – this custom was known 200 years ago. Our ancestors believed that on this day souls return to earth to their bodies, so the more elegant the grave, the more pleasant it will be for the deceased. Today, this custom has practically lost its significance, although the clergy do not forbid it and do not see pagan echoes in it. As with all twelfth holidays, you can’t work on parental Saturday. This day must be given to the church. It is also impossible to indulge in gluttony – it is better to keep a non-strict fast. 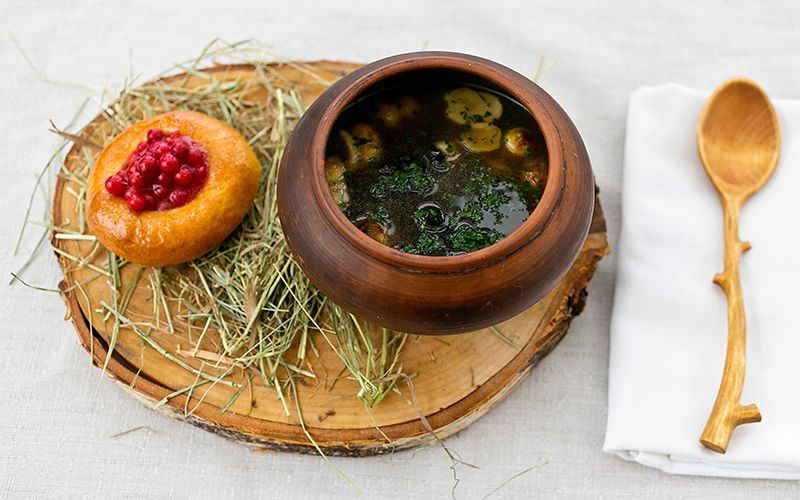 On the holiday itself, special services are held in the temples. They complete the Easter cycle: after this day, all services are numbered “weeks after Pentecost.” It is very solemn in churches: for the first time after Easter, they begin to read a prayer to the Holy Spirit and kneel.

After the Liturgy, Vespers for the feast of the Holy Spirit immediately begins, during which three long prayers are read, and the faithful all this time kneel. In the first, sins are confessed before the Heavenly Father, in the second, a request is made to God for the gift of the Divine Spirit, and in the third, prayers for the repose of the departed. Further, according to tradition, a prayer is read to the Holy Spirit himself, composed by St. Patriarch Philotheus. 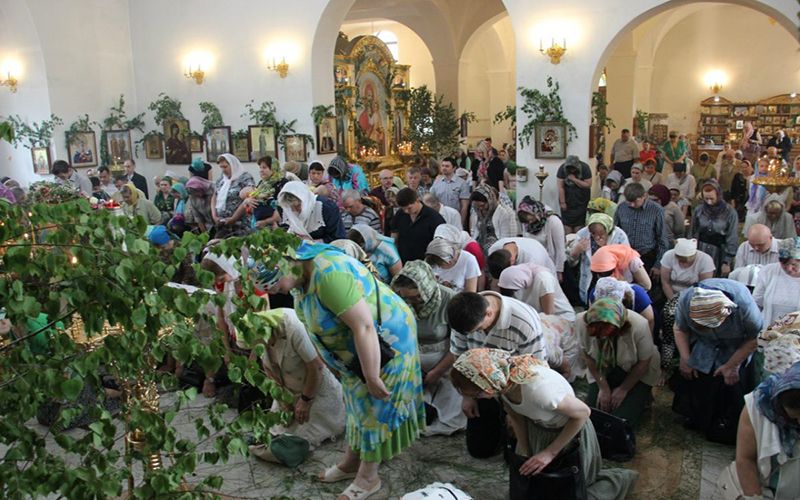 People love Pentecost very much and celebrate it on the same scale as Easter. In the people this time is called “Green Christmas time”. Prepare for the holiday in advance. On Thursday before Trinity, according to folk customs, girls from 7 to 12 years old should go to a birch grove and break branches there to decorate the house and temple. This day is completely given to youth, as a symbol of the renewal of life. In Russia, it was customary to gather in noisy companies in the groves, sing ritual songs, decorate trees, and dance. The youth walked these days for a reason – the girls showed themselves in front of the guys, who, in turn, after a long summer and harvest, could send matchmakers to the brides. If they were wooed precisely on Pentecost, then this promised the young a long, happy life. 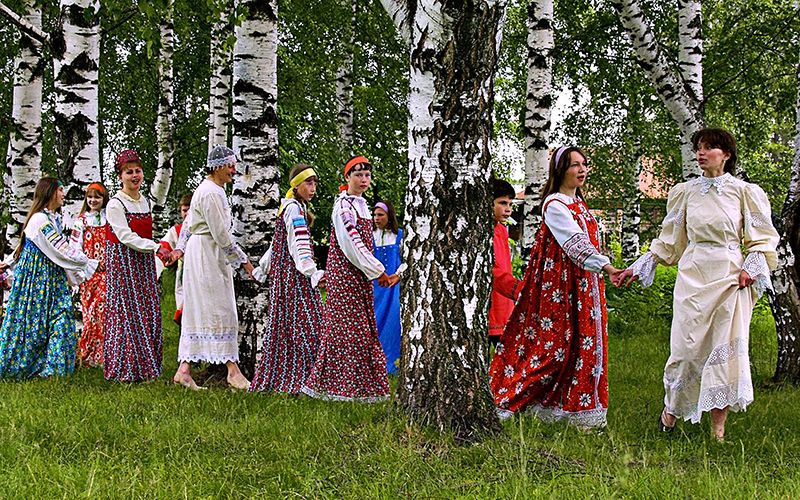 According to custom, after the service of the Holy Trinity, they collected leaves and small twigs that fell from the branches that decorated the temple, brought them home, fed them to livestock, or left them for “healing” tea. Throughout the next week, festivities were held, just as they celebrated Pancake Week. Trinity, in fact, was the last day of a carefree life of the year.

In addition to the traditions of celebrating the Trinity, the prohibitions of this day were strictly observed among the people. It was determined what not to do to make the whole year go well:

From paganism, the ban on swimming in rivers and lakes also passed. Before the baptism of Russia, at this time, the Mermaid Days were celebrated and they believed that all the evil spirits from the reservoirs come to land to take the souls of the dead. Mermaids also attracted young people. 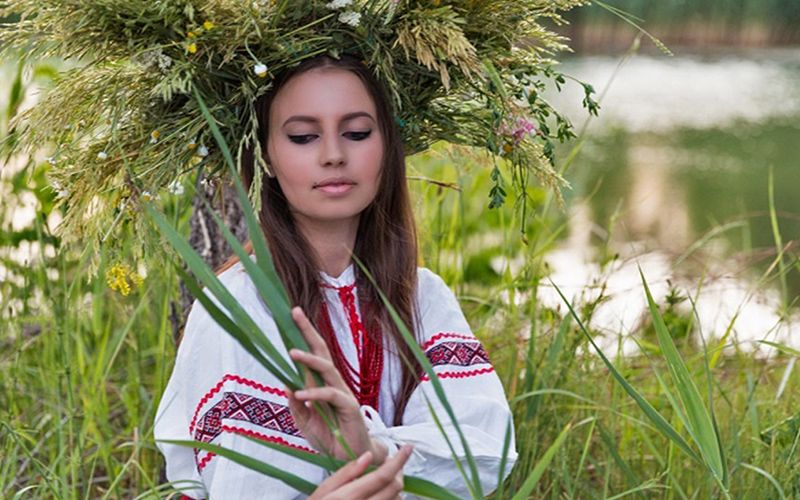 There are also good signs, although the clergy do not approve of them. On Pentecost, everyone asks the Lord for health. To get it for sure, you need to walk in the rain – this is how God sends the ablution of sins. It is also good to take a walk in the morning dew before the service: if you get your feet wet, the whole year will be successful. On Pentecost, you need to collect healing herbs that have special power.

At the Trinity dinner, a new tablecloth should be laid on the table – a symbol of renewal. It is desirable to cook simple dishes on this day – pancakes, pies, chicken. Be sure everyone at the table needs to break off a piece of the festive loaf. 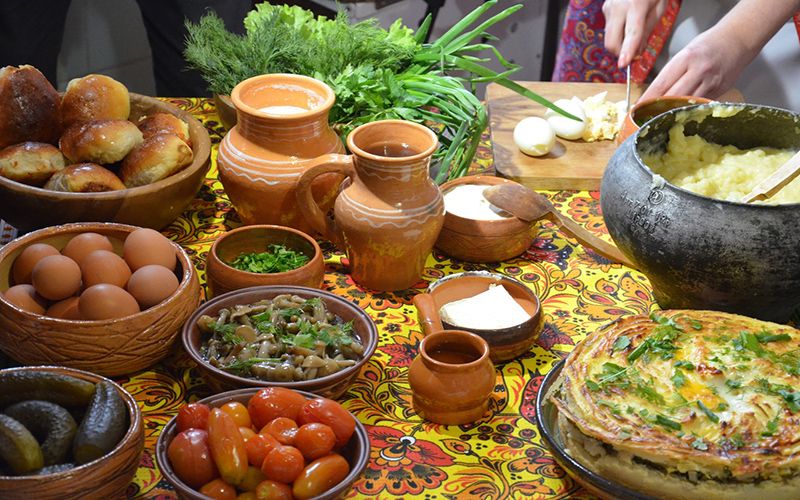 Fortune telling is forbidden by the clergy, however, they are considered part of the rites for the Trinity. These are echoes of the same Mermaid Week of the pagan Slavs. On this day, the girls try to ask the mermen about their future. They weave wreaths of wild flowers and float them on the water: 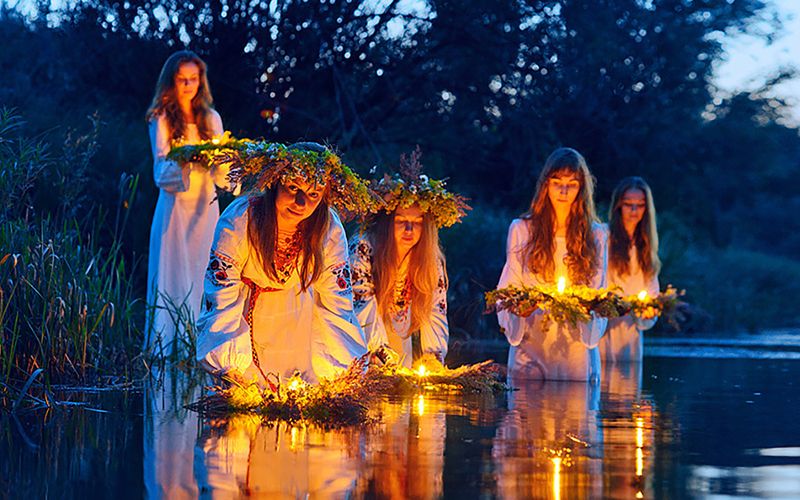 According to tradition, after letting the wreaths on Trinity, the girls hurried home, while they could not turn back and had to remain silent so that the mermaid would not take them with them. At home, a girl could make a conspiracy for a wreath – weave a new decoration from flowers, put it under her pillow and sleep like that all night, making a wish. This wreath could not be thrown away, it was dried and stored all year.

Trinity is an interesting holiday, which today is filled with special meaning for everyone. This is a day of renewal, remembrance and a day of hope for the future. The main thing is to keep the purity of thoughts on this day and not to do bad things.