Not everyone dares to try on the outfits created by the creative mother of the family named Taryn de Vere. 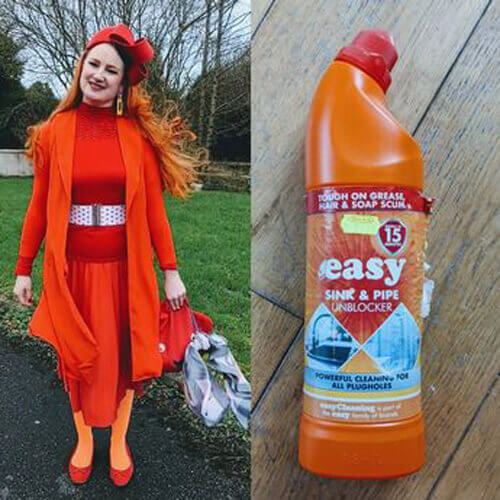 The creative path of an unusual designer began last winter. It’s no secret that January is a rather gloomy month for many. The holidays are over, we need to get back to work. Plus, some people are forced to save money after holiday spending, while others go on a diet and cannot improve their mood with goodies. Taryn experienced something similar, but she found a way to beat her winter depression. 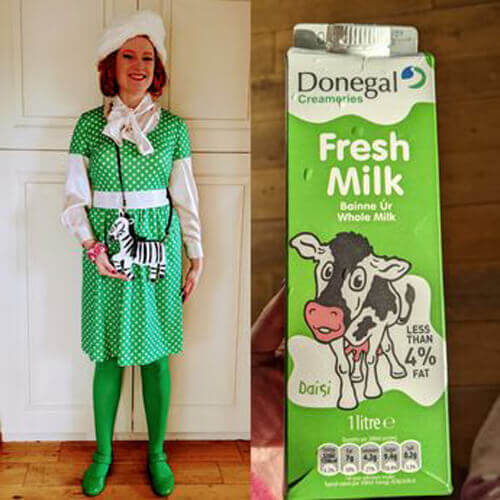 The woman took up the outfits, which are copies of household items. On the account of the craftswoman there are costumes depicting a package of milk, a tube of toothpaste, a Vanish cleaning agent and much more. 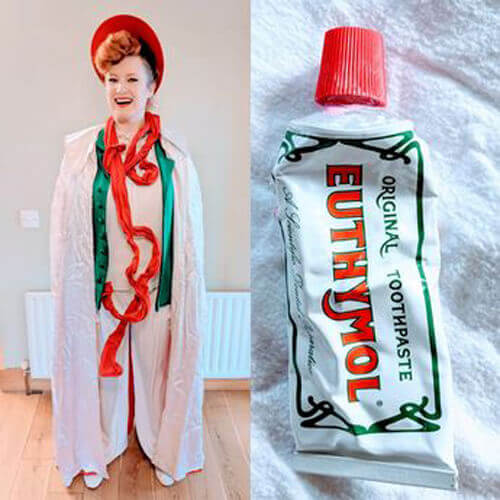 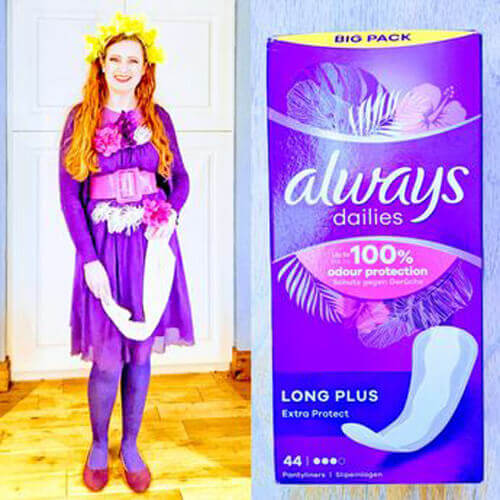 Taryn’s main rule is not to buy anything to create a new bright and quirky look. She should have everything she needs at home, that is, the outfits are made from improvised materials and clothes in the closets. There is one more condition – the costumes must be so comfortable that the prankster can walk around the house in them. True, the woman admitted with a laugh that this condition does not apply to hats, because they sometimes turn out to be too bulky. 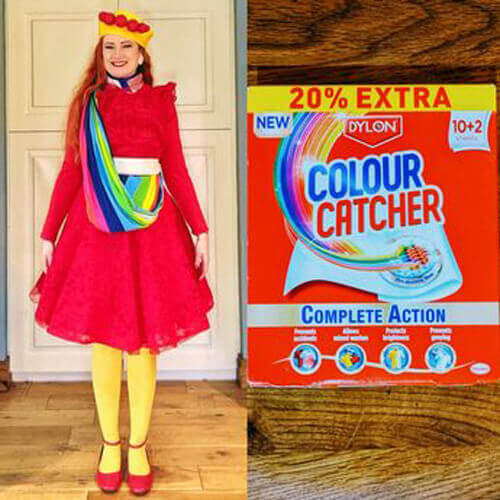 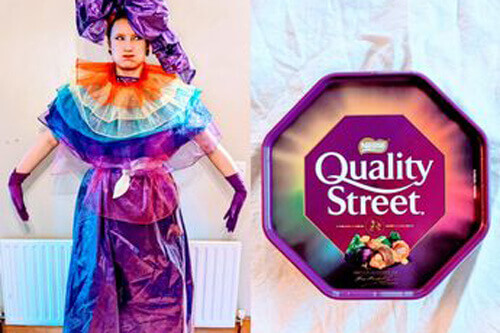 Taryn was surprised at how positively her work received on social media. Well, the woman is only glad that her strange new clothes cheer up not only herself, but also Internet users.

To celebrate the last working day, an employee came to the bank in a Spider-Man costume