Created chopsticks that give food a saltier taste 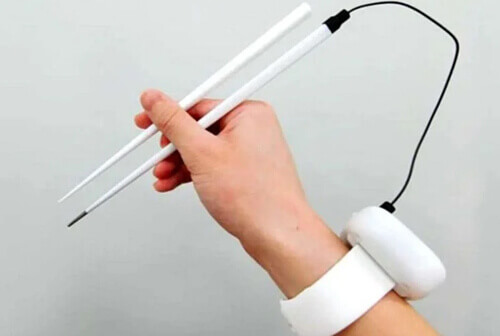 This novelty will surely appeal to people who want to reduce their salt intake or are forced to do so due to some kind of illness. Usually such a change in diet causes inconvenience and dissatisfaction, but thanks to the new intelligent device for eating, everything has changed. The wands use electrical stimulation and are connected to a mini-computer that is worn on the arm like a bracelet. In this way, sodium ions are transferred into the mouth of the eater, and the food tastes saltier than it really is. 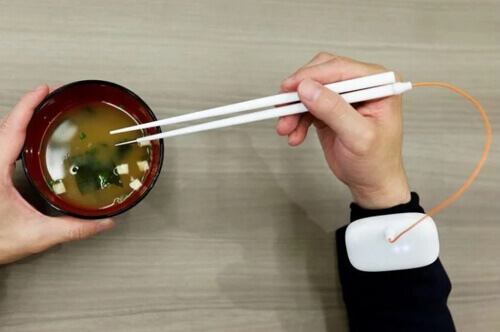 Researcher Ai Sato of Kirin Holdings and Professor Homei Miyashita conducted clinical trials. The people who took part in the experiment received unsalted miso soup and used “smart” chopsticks – as a result, they noted that the dish had a rich salty taste. The wand makers hope that their invention will be available next year.