This US resident who works as a courier should be aware that some people are already getting ready to celebrate Halloween. 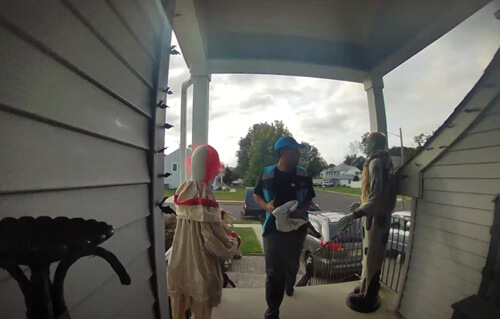 And preparing for the holiday includes, among other things, decorating houses – traditionally frightening. But the courier was not ready for a meeting with terrible figures capable of moving and making eerie sounds. As a result, the jewelry so intimidated the man that he hurriedly left the porch. However, we must give the stranger his due – he managed to pull himself together, returned and finished his work. 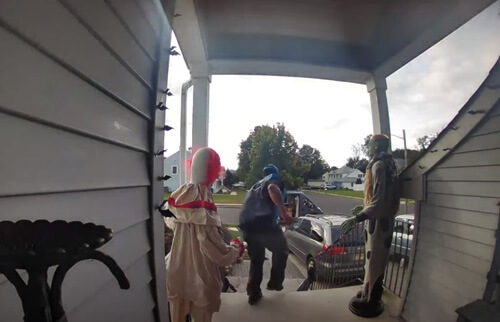 Viewers who watched the video that appeared on the Internet not only laughed at the courier’s misadventures, but also praised his ability to laugh at himself – a positive quality, but quite rare.