Convicted in the case "Networks"* Maxim Ivankin, who was called a possible participant in the murder, was sent to a punishment cell for 10 days 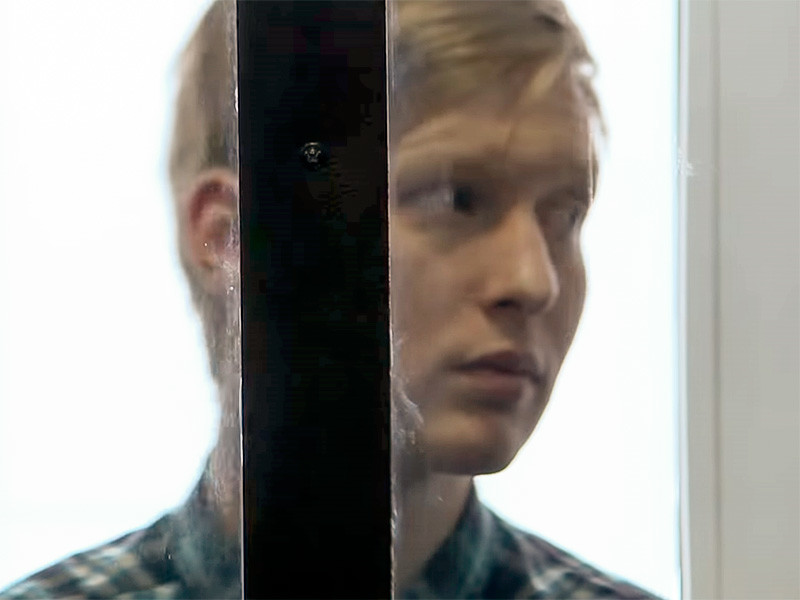 The defendant in the “Network” case * Maxim Ivankin, who was sentenced to 13 years in a strict regime colony, was sent to a punishment cell for 10 days for “violating internal regulations,” his wife Anna Shalunkina said on Facebook. Earlier, she said that Ivankin stopped communicating.

“Recently, he did not feel safe in IK-9 in Chuvashia, because we agreed that if he does not call for 3 days, we must start sounding the alarm,” the girl wrote. In the colony on duty, she was told that “no one died in IK-9, no one was taken to the hospital, so everything is fine with Ivankin.” After a second call, Shalunkina was told that the head of the colony had forbidden to provide any information over the phone and offered to make an appointment.

According to the girl, the employees of the colony, “as soon as they hear the name Ivankin, either ask to call back, or hang up in the middle of a conversation, or“ the boss forbade. ”Shalunkina noted that not only Ivankin could not call home,” which suggests that that something happened in IK-9, in connection with which the payphone was simply turned off so that none of the convicts could tell anyone about it. “

As a result, after another call to the on-duty department, Shalunkina was informed that her husband was in the punishment cell, but they did not say what exactly he got there for, and stopped the conversation.

Ivankin’s lawyer Konstantin Kartashov previously reported to Novaya Gazeta about pressure on his client by the security forces.

“There was only one goal – Maxim must confess to complicity in the murder. They began to intimidate him, hinting at physical violence. In their words, it would look like a suicide, and since he is registered in SIZO-1 as a suicidal person, others versions of what happened will not be considered, “- said Kartashov. According to him, Ivankin was told that his guilt had allegedly already been proven. After meeting with operatives, he lost consciousness.

The verdict of the defendants in the “Network” case in Penza was announced in February 2020. The accused included Dmitry Pchelintsev, Ilya Shakursky, Arman Sagynbaev, Andrei Chernov, Vasily Kuksov, Mikhail Kulkov and Maxim Ivankin. They received from 6 to 18 years in prison.

According to the prosecution, Pchelintsev decided to unite anarchists from different cities – Penza, St. Petersburg and Moscow – into “militant groups” to attack the security forces, attacks on government bodies, military registration and enlistment offices and branches of United Russia. According to the FSB, during the presidential elections and the FIFA World Cup, the activists were going to use explosions to “shake the masses to further destabilize the political situation in the country,” and when “hour H” came, to raise an armed rebellion.

The investigation assures that the Penza anarchists have repeatedly participated “in the field trips of the terrorist community” – they went to trainings in the forest, an abandoned pioneer camp and a factory near Penza. According to the indictment, the roles of tactician, intelligence officer, sapper, signalman and medic were assigned between them.

Pchelintsev, Shakursky and Kuksov are also accused of illegal possession of weapons (part 1 of Article 222 of the Criminal Code). During the searches, they found hunting rifles, traumatic pistols and grenades. The relatives of the accused said that the weapons had been planted. Chernov, Kulkov and Ivankin are charged with attempting to sell drugs on a large scale (part 3 of article 30 and point “d” of part 4 of article 228.1 of the Criminal Code). The defendants in the case talked about torture and pressure.

Scientists, filmmakers, teachers, psychologists, booksellers, artists, animators, IT-specialists, doctors and lawyers spoke in support of the defendants in the Network case *. They demanded to reconsider the sentence and punish those guilty of torture. Pickets with similar requirements were held throughout the country.

At the end of February, after the verdict was announced, Meduza released material based on the words of acquaintances in the case that Ivankin and Pchelintsev could be involved in the murder of Penza residents Yekaterina Levchenko and Artem Dorofeev, who disappeared in 2017. One of the sources of the publication, Alexei Poltavets, who left Russia, said that he was also involved in the murder.

Dorofeev’s body was found in November 2017, but he was identified only by February 2019. Levchenko’s remains were found after the publication of Poltavets’ story. All those convicted in the Network case * deny their involvement in the deaths of Dorofeev and Levchenko and insist that Poltavets slandered them.

The investigation into the murder has been transferred to the central office of the Investigative Committee, but charges have not yet been brought against anyone. In June 2020, Poltavets’ girlfriend Viktoria Frolova said in an interview with 7×7 that Poltavets himself told her that he had killed Dorofeev and Levchenko alone. In November last year, it was reported that Pchelintsev and Ivankin were being forced to testify against the non-existent Moscow cell of the Network *.

* “Network” is a group recognized as terrorist by the decision of the Moscow District Military Court of January 17, 2019. Its activities are prohibited in the Russian Federation.