Co-host Guzeeva spoke about her experiences because of her illness 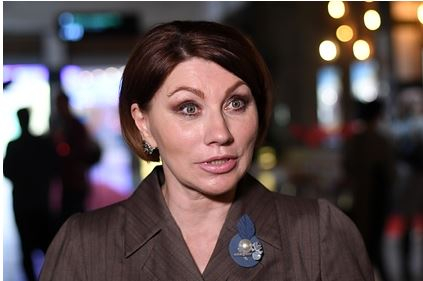 Host of the program “Let’s Get Married!” on Channel One, Roza Syabitova spoke about her worries about the health condition of her colleague on the show, Larisa Guzeeva, who was hospitalized with coronavirus at hospital No. 40 in Kommunarka. She revealed the details in an interview with Sobesednik.ru.

According to Syabitova, she learns the latest news about Guzeeva’s condition from her Instagram account. “Yes, we have been working together for 15 years, but all our communication takes place mainly on the set, I can write SMS, but definitely not call, and Larisa rarely answers calls,” she clarified.

The TV presenter admitted that she was very worried about her colleague, since during the work in the program they managed to become relatives to each other. Syabitova also noted that all members of the team “Let’s get married!” they were very frightened when they learned about Guzeeva’s illness. “The fact is that not so long ago, an operator who worked on our program died of coronavirus – this is a terrible grief for our team, and here Larisa falls ill – this is a tragedy,” she explained.

Guzeeva was admitted to hospital No. 40 in Kommunarka at the end of September. The TV presenter was suspected of having a coronavirus and initial kidney damage: a few days before going to the hospital, she felt unwell and did a COVID-19 test, which showed a positive result. A few weeks later, she published a post in which she thanked the doctors.