City in Spain filled with sheep

The Spanish city of Huesca has been overrun by a flock of more than a thousand sheep that have run away from their shepherd. 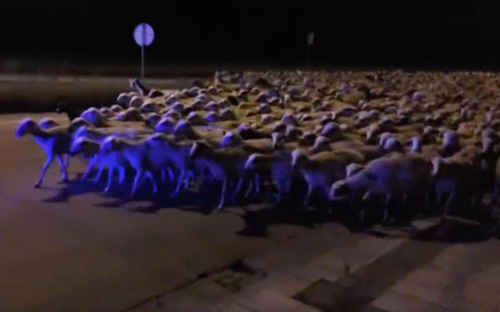 The animals roamed the city streets freely. Early in the morning, worried residents began to turn to the police with requests to do something and catch the stray sheep.

According to local residents, the flock was on a pasture in the Pyrenees and, taking advantage of the fact that the shepherd fell asleep, decided to take a walk to the nearest town.

The police managed to catch all the animals and return them to the shepherd.