Chubais revealed the cause of the global energy crisis 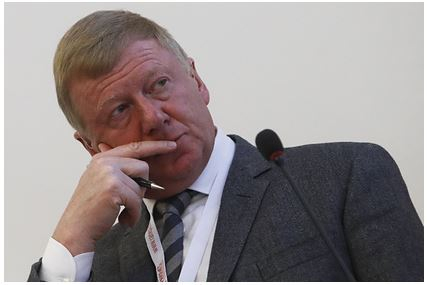 The energy crisis has affected not only Europe, but other states, and has become one of the manifestations of the global energy transition. Anatoly Chubais, Special Representative of the President of Russia for Relations with International Organizations to Achieve Sustainable Development Goals, spoke about this in his Facebook account.

According to him, among the reasons for the crisis in Europe, indeed, there are errors with gas reserves in underground storage facilities, errors associated with natural effects, such as the level of wind in the North Sea, but these are only superficial conclusions. He called such judgments about the situation with gas in Europe “a 3” b “view of the problem.” Chubais stressed that energy problems also arose in Lebanon, China, Brazil and India, despite the absence of any mistakes. What the world is facing is one of the first manifestations of the global transition, Chubais summed up.

The presidential spokesman also added that the rise in gas prices in Europe does not mean anything good for Russia, since thanks to this crisis, European countries will come to the conclusion that it is necessary to reduce the share of hydrocarbons in the energy balance. As a result, the rate of decline in Russian hydrocarbon exports will be significantly higher than previously expected, he explained.

Earlier, the head of Rosneft, Igor Sechin, said that the real crisis was caused by a combination of a number of different factors. One of them is disrupted global supply chains, which turned out to be unprepared for surges in supply and demand. At the same time, the supply of both finished goods and raw materials is disrupted. The global deficit in the supply of raw materials, which is now observed in the energy sector, in turn, began to spread to other industries, he stressed.