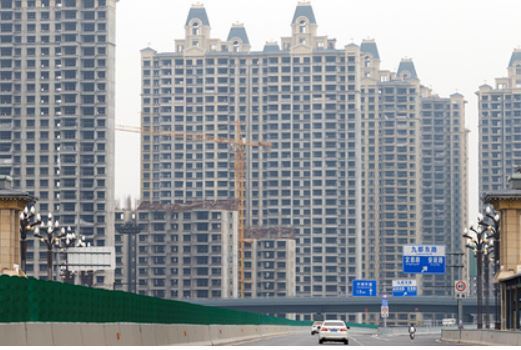 Shares of Chinese developer Sinic during trading on the Hong Kong Stock Exchange on Monday, September 20, plunged 87 percent to 0.5 Hong Kong dollars (about five rubles) amid news of the expected default of one of the country’s largest developers, Evergrande. In the afternoon, the auction was stopped without explanation.

The halt in trading was preceded by a 14-fold increase in the number of transactions in the company’s shares compared to the annual average. The market value of Sinic has dropped to US $ 230 million. The fall in the Hong Kong real estate index was the most significant since May 2020.

The collapse of Sinic occurred against the backdrop of the collapse of Evergrande – one of the leaders among the developers in China and one of the largest companies in the country. This precipitous decline began despite the fact that the companies are not related to each other. According to experts, the “domino effect” was triggered.

Evergrande has successfully passed the financial crisis caused by the pandemic. In 2020, the developer built 80 million square meters of housing (in all of Russia, 82.2 million square meters were commissioned over the same period). That same year, Evergrande owner Hui Ka Yan (Xu Jiayin) ranked among the top three Chinese wealthy, and in 2017 he became the second fastest-growing billionaire after Amazon founder Jeff Bezos. Despite significant successes, the company found itself on the brink of default in 2021.

Evergrande has $ 302 billion in debt. On September 13, protest actions by equity holders and investors took place near the company’s headquarters in Shenzhen. According to Bloomberg, about 70 thousand people own the developer’s shares. In mid-September, Chinese authorities warned banks that Evergrande would not be able to pay interest on loans. Some experts expect that Beijing will take over the solution of the problem. Other experts suggest that the authorities distance themselves from Evergrande in order not to set a bad example for other companies. On September 20, Evergrande shares fell 10.24 percent to $ 2.28, down 77 percent in two months.