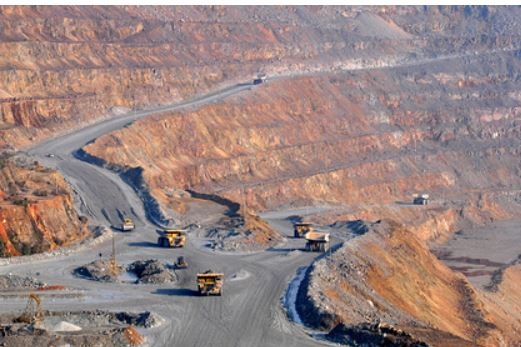 The unstable political and military environment prevents China from starting the development of a copper mine in eastern Afghanistan. TASS reports.

We are talking about the Chinese corporation Jiangxi Copper, which in 2007 won a tender for the extraction of copper in the Ainak deposit of the Logar province. The company’s CEO Zheng Gaoqing said in an online briefing that work on the construction of the appropriate mining infrastructure will begin as soon as the situation in Afghanistan stabilizes.

The company now continues to closely monitor developments in Afghanistan. On September 13, it became known about Beijing’s plans to provide the people of Afghanistan with humanitarian aid worth 31 million dollars, as well as a batch of vaccines against COVID-19 for three million doses. China also called on the international community to assist the Taliban movement (banned in Russia) in the fight against terrorism.

On September 8, a Taliban spokesman said that their organization broke off relations with Uighur terrorists in order to improve relations with Beijing. However, the Taliban declined to say whether they would extradite the Uyghurs if such a request comes from China.

On September 3, Taliban spokesman Zabiullah Mujahid named China as the militants’ main foreign partner. The Taliban spokesman noted the readiness of the Chinese government to invest in the development of Afghanistan. He also expressed hope that Beijing will support the restoration of the Afghan mining industry.