China has postponed the solution of the energy problem 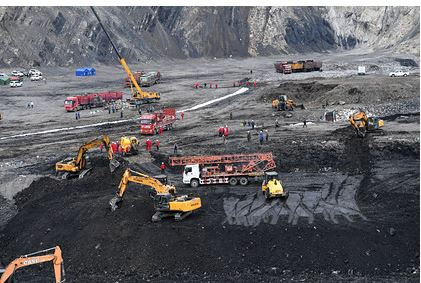 China will not import coal from Australia despite the energy crisis, CNBC analysts said. Thus, China has postponed the solution of the energy problem.

Australia is one of the largest suppliers of coal to China. In 2019, China accounted for 38 percent of all Australian coal imports. China stopped buying coal from Australia at the end of 2020. The reason was the call by the Australian authorities to conduct an international investigation into the causes of COVID-19.

In early October, media reported that China had resumed small purchases of Australian coal, prompting rumors that the ban would be lifted soon. Beijing will not buy coal from Australia, said Vivek Dhar, a mining and energy commodities analyst at the Commonwealth Bank of Australia. Rory Symington, chief analyst at Wood Mackenzie, agrees. “The political situation has not improved at all, and this is mainly a political issue, not an economic one. There is no sign of a relaxation of the new cargo ban, ”Symington said.

China will continue to look for coal in other countries, Abhinav Gupta, a dry cargo research analyst at the ship brokerage firm Braemar ACM, suggested in October. Beijing will try to meet demand with coal from Mongolia, Russia and Indonesia. From January to August, Indonesia accounted for 57 percent of China’s total coal imports. There are also examples of China’s purchases of coal from the United States and Colombia. As of the end of October, suppliers from the United States and Canada have bypassed Russian companies selling coal to China.

Despite the absence of applications from China, the Australian port of Newcastle – the world’s largest coal exporter – has increased the volume of external shipments. This was due to increased demand from North Asian countries ahead of winter.

The lack of coal has become one of the reasons for the energy crisis in China. At the end of September, power outages in residential buildings and at work began in the country due to a lack of electricity. The shortage of coal was due to the imposition of restrictions on its use in order to reduce carbon dioxide emissions.