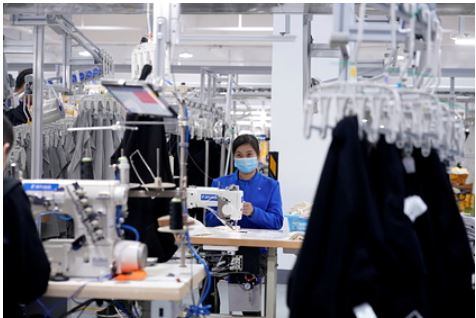 Chinese authorities have banned companies from using the killer 996 schedule, which is a six-day work week with a twelve-hour schedule, the BBC reported. The companies were reminded that workers are entitled to leave and an eight-hour day.

According to China’s labor law, the standard working day is eight hours, with a maximum of 44 hours per week. Any overtime work must be paid separately. But at the largest companies in the country – especially in the thriving tech sector – employees often work on the killer 996 schedule (from 9:00 am to 9:00 pm, six days a week).

A statement released by the Chinese Supreme Court in conjunction with the country’s Ministry of Labor details ten court decisions related to labor disputes. Many of these involve forcing workers to work on the killer 996 schedule. In all court cases, the verdict was in favor of the workers.

Due to the growing public discontent, it is becoming increasingly difficult for the Chinese authorities to turn a blind eye to the current situation. “The turning point has come when officials have no opportunity to hush up the consequences of violations of workers’ rights. Especially after two high-profile deaths at work, ”said Jenny Chan, PhD in Sociology from Hong Kong Polytechnic University.

In 2021, two employees of the online platform Pinduoduo died a few weeks apart: one young employee passed out on his way home after a long day at work and died, and another committed suicide.

In August 2021, China’s Supreme Court took up arms against large private companies using a six-day work week with a twelve-hour schedule. The court called this regime illegal and recalled that employees have the right to rest and vacation, and employers are required to comply with the law on an eight-hour working day.