Charlotte won the fight with Sony Music after threats label

The musician is ready to terminate the Agency contract. Not so long ago a young and popular artist Charlotte made their claims to the music label Sony Music Entertainment Russia. According to the musician, he could not release her new album "Born in hell" in time from the unequal terms of the contract.

Now it became known that Charlotte won the fight with Sony Music after threats label. Edward threatened to end the silence and to disclose the names of employees of the company and send the police to their office and request all the declarations about the income of artists.

Interesting factin the network there is no information anywhere about the employees of Sony Music. This information is secret.

June 1, 2020 Charlotte, after all, published his new album "Born in hell" which became one of the "stumbling blocks" in conflict with the label. It was his decisive step before the termination of the Agency contract. Also Edward has removed all posts from his official page in Instagram, confirming the termination of the Agency contract with the label. 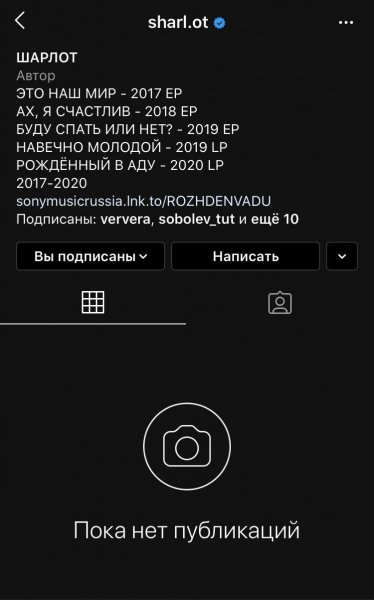 According to the artist, the main thing for him was to release the album in time with equal rights to these songs, which did not allow him to do. Charlotte in an interview with The Village said that he got the document that he does have the right to legally terminate the contract with Sony Music. This he is now engaged. However, right on the wound written tracks will be for some time belong to them. A frame from an interview with The Village

We will remind that else in March of Charlotte with his team of lawyers have filed a lawsuit against the label, but due to the introduced quarantine and it was delayed. Sony Music in turn began to conduct "anti-propaganda" Edward. Because the artist did not hold back and began to broadcast their claim to the leadership in public.

"If I stopped, I just would have lost. And so for three days all was resolved." said Charlotte in an interview with The Village.