Chaliapin will lose millions when divorcing his new millionaire wife 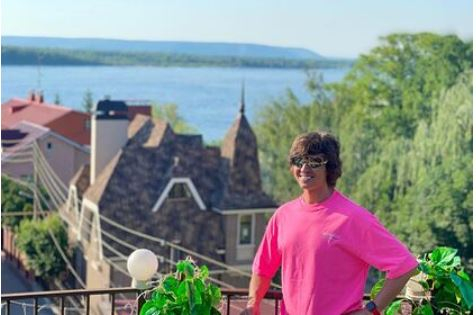 Russian singer Prokhor Chaliapin, who recently married 42-year-old millionaire Tatiana Claudia Davis, will lose her money in the event of their divorce, actor Georgy Kiryanov, a participant in their wedding ceremony, told Komsomolskaya Pravda. He also dispelled rumors that their wedding was just a PR stunt.

“There were rumors that Prokhor had a fake wedding. Even people began to appear who are supposedly ready to confirm this. I was at this wedding as a witness on the part of Prokhor, I communicate closely with him and I know all the nuances of this union. Yes, Las Vegas weddings can be canceled within the next 90 days. But this is a different kind of wedding, when people met in a bar and decided to sign. Prokhor and Tanya have a completely different story. Tatiana loves Chaliapin, there is no game here, ”Kiryanov said.

He also recalled that Chaliapin’s new wife owns a network of law firms in Canada that primarily specialize in divorces. Therefore, the first thing they did was to sign a 150-page marriage contract, the actor explained.

“It was Tanya’s wish. She needed a guarantee that Prokhor would not escape from the submarine, taking her millions. Tanya understands that Prokhor is an artist, that he will often tour, that he has a career in Russia, which he just won’t leave, and, of course, women will always be in demand for such a handsome guy. Therefore, in this case, it will not work to dissolve the marriage within 90 days, ”Kiryanov said.

According to him, Tatiana Davis is still in a coma due to a severe form of coronavirus. Chaliapin’s friend believes that she fell ill because she did not have time to get vaccinated.

Earlier, Prokhor Shalyapin said that his wife was in a very serious condition on a ventilator, and her father was under an oxygen mask. The singer himself managed to get vaccinated with two components of the vaccine before their wedding, which helped him not to get sick with his wife.