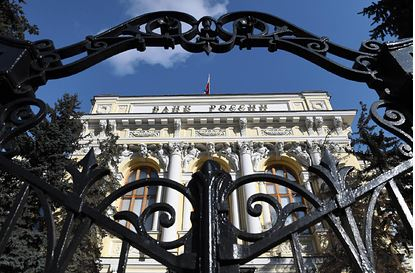 The central bank sharply raised the key rate by 0.75 percentage points – up to 7.5 percent per annum, follows from the message on the regulator’s website.

According to the Central Bank, inflation is currently developing significantly higher than the forecast and by the end of the year should be 7.4-7.9 percent. “The contribution to inflation from the side of stable factors remains significant due to the faster expansion of demand compared to the possibilities of increasing output. In these conditions and taking into account the newly increased inflationary expectations, the balance of risks for inflation is significantly shifted towards pro-inflationary ones, ”the message says.

In October, inflationary expectations of the population rose again and reached their maximum level over the past five years. This situation provokes an increase in demand, against which it is easier for companies to transfer the cost price that has increased as a result of the conjuncture in world markets to the price of final products, the Central Bank notes.

The current increase was the sixth in a row since March, when the rate was at the lowest level in recent Russian history – 4.25 percent per annum. At the March meeting, the cycle of monetary policy easing, which began in the summer of 2019, was completed. The current level is the highest since 2018.

Most economists predicted a 0.5 percentage point increase in the rate. They justified their assumptions by the need to respond to price increases, which have recently been recorded for many categories of goods and services.