The Caucasus is a geographical region located on the border of Europe and Asia, covering the territories of Georgia, Armenia, Abkhazia, Azerbaijan, South Ossetia and parts of the territories of Russia and Turkey. About a hundred nationalities live in this region, many of them are indigenous. Such territorial internationality gave rise to a unique symbiosis of ethnic cultures, in which authentic traditions and customs of the peoples of the Caucasus were preserved. 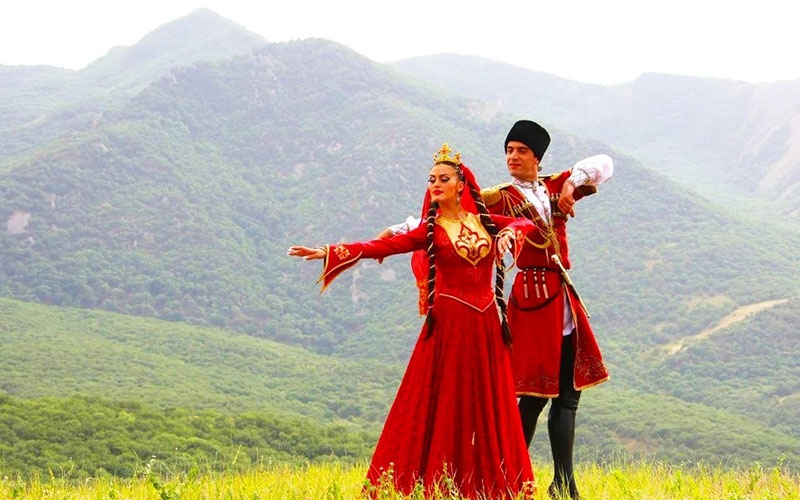 Caucasians are open, very emotional and temperamental people. In a conversation, they often raise their voice, but not because of aggression, but because of the desire to highlight a phrase or word with intonation. The generally accepted communication distances (at arm’s length) are not respected here: after a five-minute acquaintance, the interlocutor can come close, hug, pat on the shoulder.

One of the most famous cultural traditions of the peoples of the Caucasus is hospitality. Any traveler is accepted by the locals as a dear guest, and if he needs protection, he can ask for it from any family, and he will not be refused. Guests are trying to provide the best accommodation in the house and the best food. The only case when a traveler may be denied an overnight stay is if there is no man in the house at that moment. 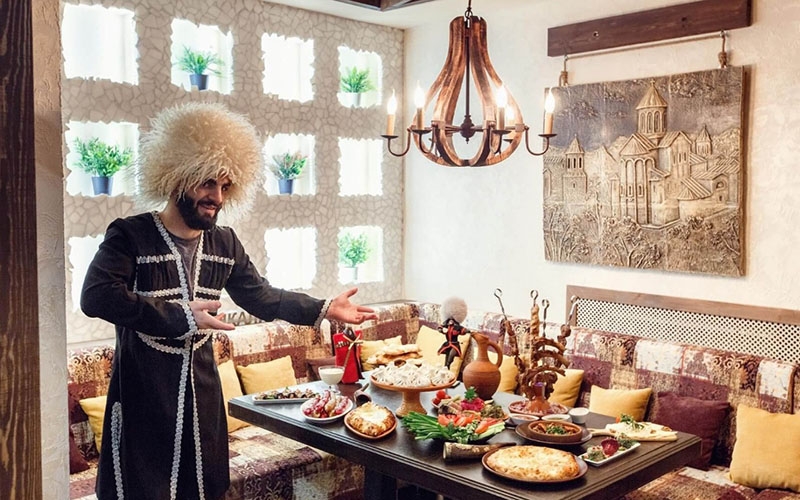 The oldest man in the family is considered its head and enjoys the highest authority. He makes all important decisions for the family and bears moral responsibility for the actions of each of its members, and they, in turn, are obliged to obey the head of the clan unquestioningly. In this national tradition of the Caucasus, the centuries-old patriarchal way of life and deep respect for the elders were combined. The well-known phenomenon of Caucasian longevity is quite possibly due to the fact that in this region age and wisdom are considered worthy of respect, and this, of course, prolongs life.

The attitude towards women in the Caucasus is gentlemanly respectful: the house rests on her, she is responsible for raising children and instilling in them cultural and spiritual values. However, the women here are more reserved than the men. Apparently, the custom of being a “meek housewife” is having an effect, which in former times should not even sit at the same table with men, and respectfully get up when they enter the house. 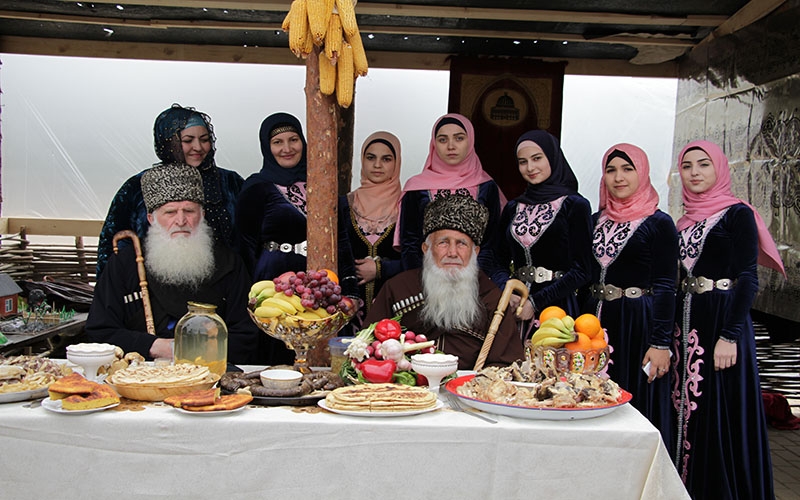 The main value of the Caucasian peoples is the family. Its typical variant in the past – early motherhood and having many children – is much less common today, as is rigid patriarchy. However, the main traditions and customs regarding marriage, the birth of children and seeing off on their last journey have been preserved.

The wedding ceremonies of the Caucasus are interesting and very numerous. The number of guests invited to a wedding can reach several hundred people, and in a small village it can include the entire adult population: refusing a wedding invitation in the Caucasus is regarded as an insult. The chief at the wedding is “kavor” (godfather). He directs the process of marriage in the church and the registry office, as well as the wedding feast, which usually lasts two days. 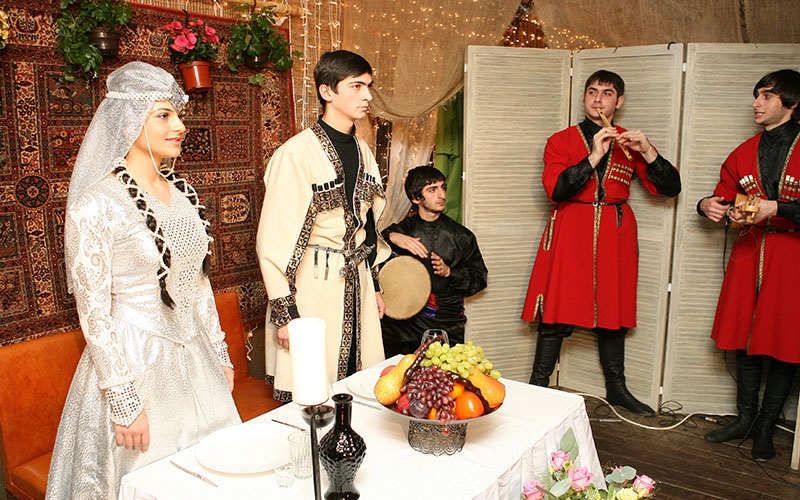 A wedding in the Caucasus begins with matchmaking, then an engagement is arranged and the day of the wedding is set. On the day of the wedding, the groom and his friends arrive at the bride’s house in several cars. A messenger rides ahead, to loud music announcing everyone about the wedding. At this time, the bride is dressed in a wedding dress in a closed room, and they make sure that the groom’s representatives do not steal the bride’s shoe, otherwise the “kidnapper” will have to pay a reward. And the Cavor will have to fork out in any case: in order to take the bride out of her father’s house, he needs to pay a ransom.

Some Caucasian countries have authentic wedding rituals. In Georgia, before entering the bride’s house, the groom releases a dove into the air, and when leaving the house, rice and raisins are poured on the bride’s head as a wish for prosperity and well-being for the new family. In Azerbaijan, when leaving the house, the bride and groom are circled around the fire, which symbolizes the hearth, a mirror and lighted candles are carried in front.

The next, most important stage of the wedding is the wedding. This is a ceremony during which the church calls on the Lord to bless the new family. After the wedding, the guests go to the groom’s house, where, according to the Caucasian tradition, the newlyweds are greeted by the mother-in-law with lavash and honey (in many European countries this is bread and salt), then all guests are invited to the table. At a wedding banquet, which is accompanied by live music and often lasts until the morning, there must be a toastmaster – a person who offers toasts and leads the program.

In the old days in the Caucasus, one of the main virtues of a bride was her purity. As evidence of the purity and innocence of the bride, after the wedding night, a red apple was brought into the house. If the girl did not retain her virginity before the wedding, she became an outcast, and the marriage could be declared invalid. Today, this custom has lost its relevance. 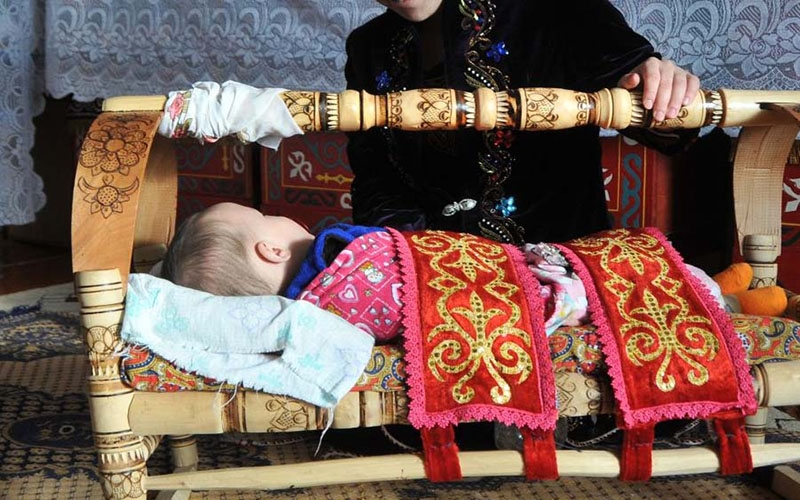 In the Caucasus, they always look forward to the appearance of a child in a young family, considering the logical continuation of marriage to receive offspring. According to church canons, a mother and her newborn child do not have the right to visit the temple for the first 40 days. The parents then bring the child to church to receive God’s blessing.

At home, they conduct the rite “Wooden Cradle” – the initiation of a child into family members. The husband’s mother or several of the oldest women in the family swaddle the baby and put him in a richly decorated cradle (beshik). The ceremony ends with the bride, then the whole family and invited guests sit down at the festive table.

The next Caucasian rite associated with children is called “atamatic”. It is performed when a child’s first tooth erupts. Sweets are sprinkled on the baby’s head with wishes for a happy life. In the old days, kchekhash, a sweet porridge made from cereals, was used for this, now sweets have replaced kchekhash.

Some traditions and customs of the peoples of the North Caucasus concern only boys. So, the youngest son is obliged to remain in the parents’ house even after he started his own family. He takes care of his parents in old age, he usually inherits his father’s house. Another traditional ritual (mainly observed in Chechnya) concerns boys coming of age. On this day, the future horseman is given a special headdress – a hat, which is considered the main attribute of a man’s clothing, a symbol of his honor and dignity. When a young man puts on a hat, he is considered an adult and capable of being responsible for his actions. 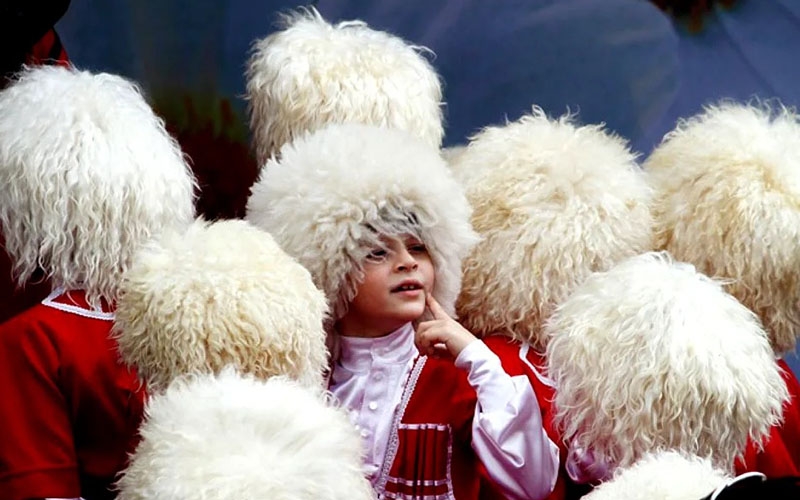 The mountainous terrain of the region has largely influenced the culinary traditions of the peoples of the Caucasus. Here the main place in the menu is occupied by meat and dairy dishes, from fish – mainly trout, which is found in mountain rivers. But despite the limited range of products, Caucasian cuisine is very diverse.

TOP 12 most popular dishes in the Caucasus: 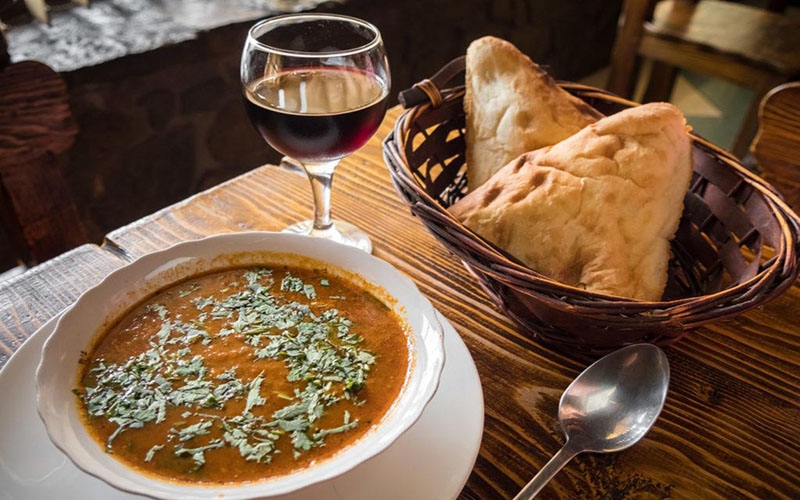 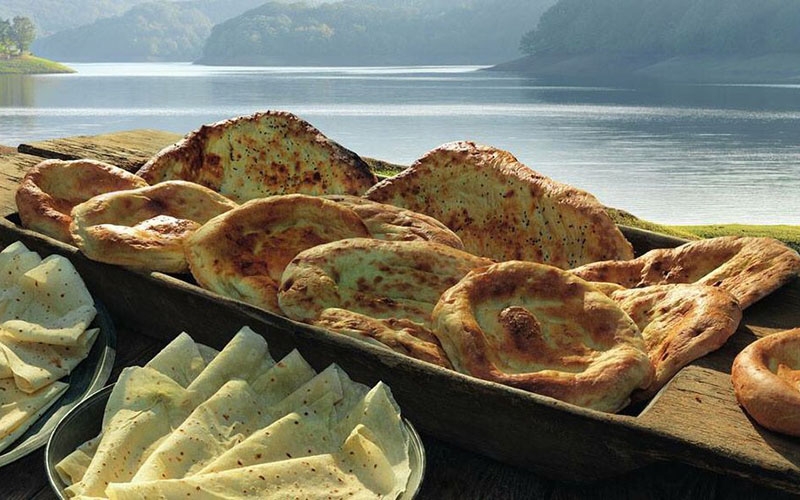 Culinary preferences in certain regions of the Caucasus depend both on the affiliation of the population to a particular religion (for example, Muslims do not eat pork), and on the geographical location of the region (in the lowlands with a warmer climate, more vegetables and fruits are consumed).