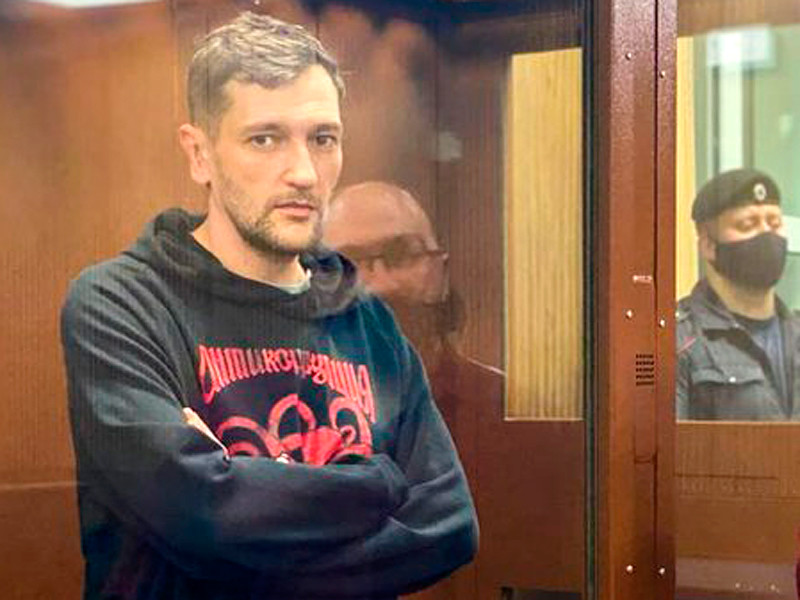 The Tverskoy District Court on Friday, January 29, within the framework of the “sanitary case” sent into custody for a period of two months the brother of Alexei Navalny, Oleg Navalny, coordinator of Navalny’s Moscow headquarters Oleg Stepanov, producer of “Navalny Live” Lyubov Sobol, head of the “Alliance of Doctors” Anastasia Vasilyeva and activist Maria Alekhina. All of them will be under house arrest until March 23, 2021.

As reported in the press service of the Moscow Courts, on January 29, the Tverskoy District Court of the city of Moscow issued a decision to choose a preventive measure in the form of house arrest in relation to Oleg Navalny, suspected of committing a crime under Part 1 of Art. 236 of the Criminal Code of the Russian Federation, for a period until March 23, 2021. Lyubov Sobol was sent under arrest in the case of violation of sanitary and epidemic standards for calls for a rally in the coronavirus pandemic.

It was about such terms of detention for the accused that the investigation petitioned. Those arrested are prohibited from leaving the apartment, communicating with anyone other than a lawyer and close relatives, using mail, the Internet and telephone (except for calling emergency services).

⚡️Oleg Stepanov, the coordinator of our Moscow headquarters, was sent under house arrest until March 23, 2021, as requested by the investigation pic.twitter.com/dfLBY6dJHZ

Article 236 of the Criminal Code of the Russian Federation “Violation of sanitary and epidemiological rules, which inadvertently entailed a mass illness or poisoning of people, or created a threat of such consequences” was first used in Russia for the purpose of political persecution after the mass rallies on 23 January.

On Wednesday, January 27, the police conducted searches in this case at at least 15 addresses, including the apartment of Navalny’s wife Yulia, the Navalny Live YouTube channel studio and the office of the Anti-Corruption Foundation (FBK, (recognized in Russia as an organization acting as a foreign agent).

According to the petition of the investigator, which was published by the lawyer of Lyubov Sobol, Vladimir Voronin, the suspects, together with “unidentified persons”, posted posts through social networks calling for the rally on 23 January.

“Acting on the above appeal, a group of people, numbering at least 500 people, including those who … were required to be in isolation at their places of residence, proceeded to Pushkinskaya Square, where they participated in a mass uncoordinated action, violating the sanitary and epidemiological rules, creating a threat of mass illness of people through negligence, “- the document says.

As follows from the documents published by the suspects’ lawyers, the case contains the testimony of the KFC cashier Arseny Khesin, who said that he went to the action, having a positive test for COVID-19, the unemployed Dmitry Roschektayev, who said that he had come to Pushkinskaya “to see and record unauthorized actions of the protesters “, as well as a witness by the name of Karasev, who noted that the security forces at the rally” were as polite as possible “and” did not start the clashes themselves first. “

After the action in Moscow, the city health department, citing data from the Social Monitoring application, reported that 19 people with confirmed coronavirus participated in the event.

According to a fragment of Sobol’s interrogation, which was also published by the lawyer Voronin, in connection with the violation of sanitary and epidemiological standards, the investigators were interested not only in activists, but also in cultural figures, including actresses Alexandra Bortich, Yana Troyanova and Varvara Shmykova, director Ivan Vyrypaev and writer Dmitry Glukhovsky , reminds the BBC Russian Service.

Part 1 of Art. 236 of the Criminal Code of the Russian Federation introduces sanctions for “violation of sanitary and epidemiological rules, which inadvertently entailed a massive illness or poisoning of people or created a threat of such consequences.” The punishment for it provides for fines ranging from 500 thousand to 700 thousand rubles, as well as imprisonment for up to two years.

According to the norms of the Criminal Procedure Code (CPC), it is impossible to place the defendants in this case in a pre-trial detention center – such a measure of restraint can only be applied to those who face more than three years in prison. However, house arrest as a preventive measure for this composition, according to the lawyer Sobol Voronin, is unfounded. “By a light composition, previously not convicted, with a young daughter … Brad,” he wrote on Twitter.

House arrest, including a ban on internet use.
On a light composition, previously not convicted, with a young daughter .. Delirium. pic.twitter.com/gQ1llPQDMZ

Criminal law specialist, managing partner of the St. Petersburg office of the Pen & Paper Bar, Alexei Dobrynin, in an interview with Fontanka, commented on the actions of the security forces and the potential for applying Article 236 of the Criminal Code of the Russian Federation.

Article 236 of the Criminal Code of the Russian Federation was tightened in the spring of 2020. The authorities explained this by the fact that many residents of Russia do not comply with the rules introduced due to the coronavirus pandemic. Before the amendments, the maximum punishment for violation of sanitary and epidemiological norms did not exceed a year in a colony. After the law was changed, it was increased to two years in prison. Violators may be prohibited from holding certain positions. In addition, they can be assigned forced labor or a fine of up to 700 thousand rubles.

In the event that it turns out that a person died due to a violation of sanitary rules, the potential punishment increases to five years in a colony. If more than two people die – up to seven years.

As the lawyer noted, after the March changes, criminal liability under this article began to come not only for actions that led to real facts of infection of people, but also for actions that only created a threat of such consequences. And given that “threat” is an evaluative or discrete concept, the investigative bodies of Russia in practice “work wonders from the norms of the law,” and signs of corpus delicti can now be seen in almost any (!) Violation of sanitary rules in public places with a large crowd of people …

Lawyer Dobrynin drew attention to the decision of the plenum of the Supreme Court, which indicated that responsibility can arise “only in the event of a real threat, when a mass illness or poisoning of people did not occur only as a result of measures taken in time by state authorities to prevent the spread of the disease (poisoning)” …

However, it is not clear what exactly and how the investigation is going to confirm the existence of a threat of mass infection of people. There is no specific standard of proof, and the practice under the updated Art. 236 of the RF Criminal Code has not yet been developed, the lawyer said, noting that “it is being formed right now, before our eyes.”

According to statistics from the Judicial Department under the Supreme Court, in the first six months of 2020, seven cases initiated under the first part of Article 236 reached court. In four cases, the courts followed the procedure for imposing a court fine – in this case, the defendants are exempted from criminal prosecution. In three cases, sentences were passed, but a fine was also imposed as a punishment – no one was sent to the colony. According to the second and third parts of the article – they assume that someone died due to violation of the rules – no sentences have been passed yet.