Buzova was called to marry 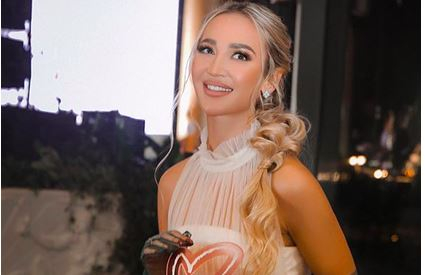 Dmitry Sivchik, a participant in the Belarusian version of the X Factor show, invited Russian singer and TV presenter Olga Buzova to marry. Writes about this “Channel Five”.

The singer with the creative pseudonym SIVCHIK confessed his love to Buzova during the filming of the program, where she sits on the jury. According to him, he had a feeling for a celebrity from Russia for a long time, to whom he dedicated his song “Rubiki Cubes”. Having performed with this composition on the show, he went with a ring in his hand and a bouquet of flowers towards the jury and began to persuade Buzova to marry him. The surprised singer accepted the ring and flowers, smiling happily.

“She said” Yes “!”, – said the organizers of the project on the page of the show in the social network Instagram. According to Channel Five, most likely Buzova simply supported the participant in the musical project.

In the past, Olga Buzova was married to football player Dmitry Tarasov. The couple got married in 2012, but in December 2016 it became known that they were officially divorced. After that, she began her musical career. While participating in the reality show “Dom-2” Buzova met with Roman Tretyakov. Olga Buzova’s last relationship with rapper Dava (real name – David Manukyan) ended in January 2021.