Builders on a tractor drove an escaped pig into a trap

Residents of Tucson (Arizona, USA), working at a construction site, used a tractor to cope with a 180-pound pig. 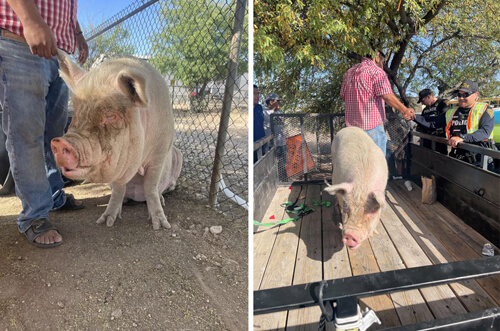 When the builders spotted the animal, they assumed the pig had run away from its owners. The tractor helped to slightly intimidate the fugitive and drive her into the territory of a nearby bus stop. Realizing that now the animal is not going anywhere, the workers called the police. 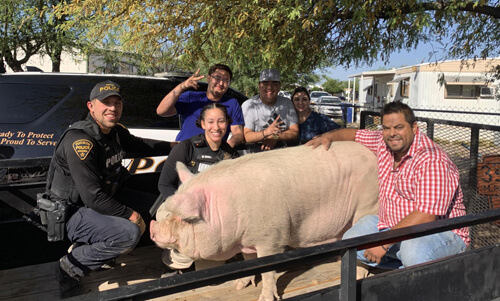 Police and animal welfare officials were able to track down the owners of the pig named Rosalia. True, the owners were reproached for keeping an animal within the city, which is prohibited by law because of its size. But it turned out that Rosalia was going to be transferred from day to day to a permanent residence in a country house, so the authorities allowed the owners to take their pet, and now the pig is preparing for the journey.