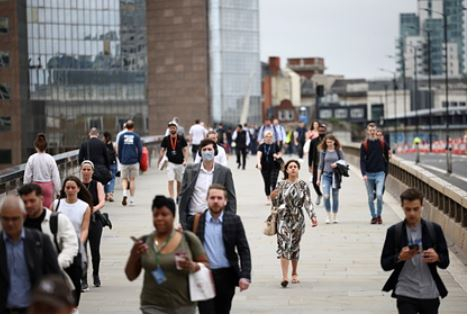 British entrepreneurs have demanded that Finance Minister Rishi Sunak stop raising taxes and instead provide assistance to businesses that are suffering from the effects of Brexit, the pandemic and the climate crisis. According to Reuters, the Confederation of British Industry (CBI) has called on Sunak to review the tax system when he presents the budget plan on October 27.

“The lack of details on important economic decisions that we must make as a country is the biggest challenge for business,” said CBI CEO Tony Dunker. He advised Sunaku to stop raising taxes for companies that are investing in reducing carbon emissions. Tony Dunker also said that it is necessary to accelerate the development of new infrastructure projects and rewrite market rules to attract more private investors.

Earlier in September, CBI and other employers rioted over increases in social security contributions. According to entrepreneurs, unnecessary spending will lead to a reduction in employees and an increase in unemployment.

In March, the government also announced a tax hike for corporations from 2023 to close the budget hole left after Sunak channeled £ 350 billion ($ 485 billion) to fight the coronavirus pandemic. “I am deeply concerned that the government believes that business taxation – perhaps more politically acceptable – has no growth implications,” Dunker said.