The INTIMINA company pleased its customers with breakfast cereals, which will certainly attract a lot of interested looks. 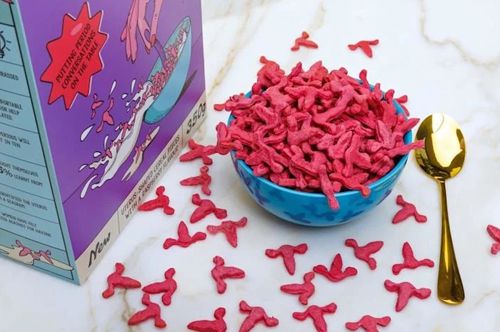 Usually INTIMINA products are associated with the menstrual cycle, so they have remained true to themselves in the production of breakfasts. A raspberry flavored cereal called “Period Crunch” looks like a woman’s uterus and turns the milk added to it red. The box shows a diagram of the female reproductive system. 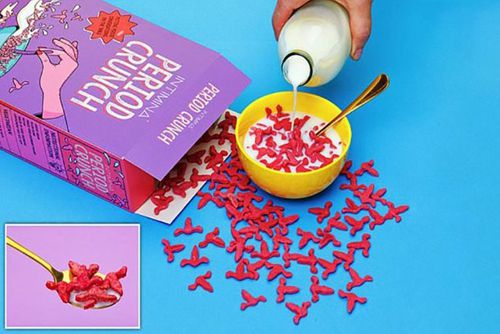 Such a product appeared not at all in order to shock the public, but in order for more people to know what menstruation is and where the uterus is located in general (which, unlike the heart or liver, is always covered with a touch of mystery). Specialists from INTIMINA conducted a study, thanks to which they found out that about 77% of women almost never mention their “critical days” out of embarrassment. It’s time to put an end to this false shame, and Period Crunch can help. Eating such cereals may well start a family discussion about both the female reproductive organs and menstruation. After that, the ladies and their relatives, with whom they will share breakfast, will understand that there is nothing terrible and shameful in this.

Cookies weighing 73 kilograms got into the Guinness Book of Records