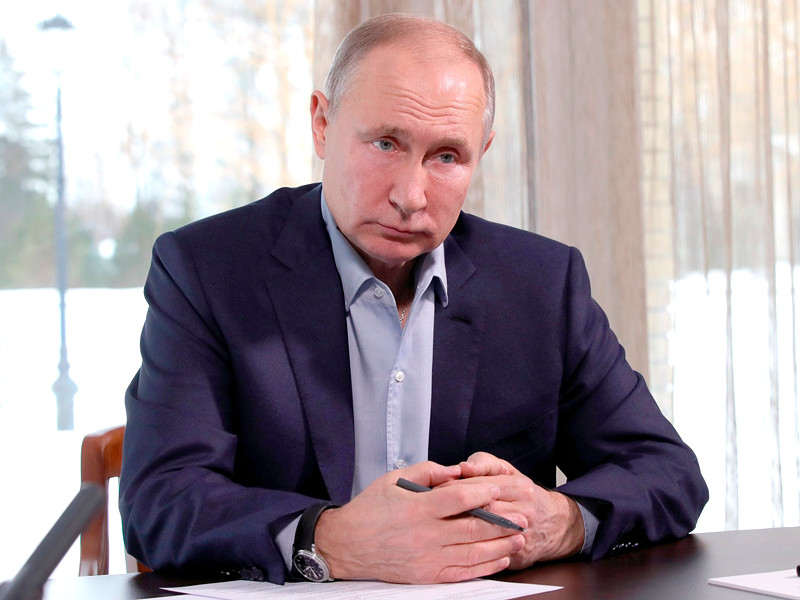 For the first time, Russian President Vladimir Putin commented on the film about the palace near Gelendzhik, which the Anti-Corruption Foundation (FBK) and Alexei Navalny associate with the head of state. During a video meeting with students on the occasion of Tatiana’s Day, Putin said that he had not watched the film itself due to the lack of free time to view such information, but “leafed through the video selections” compiled by assistants.

“Nothing that is indicated there as my property, neither me, nor my close relatives belongs and never did. Never,” the president stressed. He also said that information about the palace “has been circulated for more than 10 years.” “Now is just a good opportunity, they have assembled everything and decided to brainwash our citizens with all these materials,” Putin said.

The president, like his press secretary Dmitry Peskov before, drew attention to the visualization of Putin’s “swimming” in the pool, for which he used footage of the head of state bathing in the Yenisei.

“They posted my photo of swimming in the butterfly style in some pool, where I have never been. And I don’t know what kind of pool it is. But I swam like that – in the Yenisei in 2016. In such cases, it’s just a compilation, editing. in the language of one of our famous characters, you need to say: “Boring, girls.” Well, at least something else would be invented there, ”Putin commented.

“Dozhd” notes that this is not the first time the president has used Ostap Bender’s expression from the book “The Twelve Chairs”. In 2017, he used this phrase to report on the preparation of provocations with chemical weapons in Syria. “In this regard, I remember our wonderful writers Ilf and Petrov. I would like to say: ‘Boring, girls’ – we have already seen and observed everything,” Putin said then.

The President confirmed that his friends, former colleagues, “some distant relatives, acquaintances” are mentioned in the FBK film. “There are people I don’t know at all, I never saw them in my eyes. I understand that they don’t really want to get up close to me: whoever appears next to them, they immediately impose sanctions. Some of these people, whom I know well, have been doing business for a long time, even before they met me, “the president noted.

The President also admitted that when he finishes his work, he will go as an advisor to Boris Titov, who owns the Abrau Dyurso company, “but not as a businessman, but as a specialist in the field of law. Now we have passed the law, I am starting something in this understand”. Putin said that he had never been interested in business, “not because it is bad,” “but not mine at all.”

The Kremlin has already twice commented on the investigation of “Putin’s palace”, but the president himself did not comment on this topic. Peskov previously called the FBK film a “scam” for collecting money from citizens and warned against transferring donations to “crooks”. The appeal not only did not work, but also played the role of a kind of advertising: FBK received several million rubles in donations after the film was released.

Later, Peskov called the material “good, high-quality” cranberries. ”When asked who owns the palace, he said it was“ absolutely not his concern ”:“ We have a lot of commercial objects. ”

Navalny and his employees came to the conclusion that the indecently luxurious palace near Gelendzhik was connected with Putin on the basis that, according to their information, state-owned companies and businessmen familiar with the president participated in financing the construction and maintenance of the facility, and the security services are protecting the territory. FBK’s film has already more than 86 million views.

The arrest of Alexei Navalny upon his arrival from Germany to Russia, the bewildering trial of him at the police department and the release of the investigation into “Putin’s palace” led to the largest protests across the country in recent years. More than 3.7 thousand people were detained – more than at any other unauthorized actions in Russia. One of the symbols of the protests was the brush: according to the FBK investigation, a toilet brush was purchased for 700 euros in one of the buildings on the territory adjacent to “Putin’s palace”.