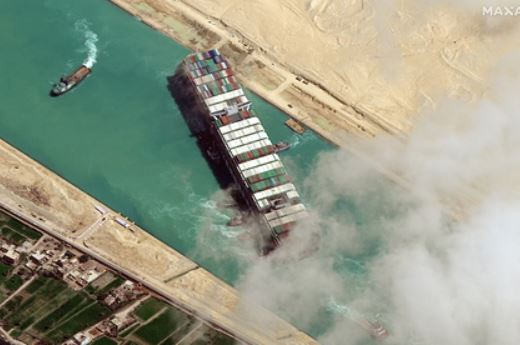 The blocking of the Suez Canal by a ship delayed the supply of materials to Russia and disrupted the production of clothing. Dmitry Shishkin, founder and CEO of the Shishkin Tailor’s Manufactory Group, told RIA Novosti about this.

He noted that raw materials for production go to the country twice as long, or they have to overpay many times so that they arrive on time. In addition to the rise in the cost of logistics, the dynamics of exchange rates affects the cost of clothing. A large number of materials and accessories are of foreign origin, Shishkin noted. The entrepreneur added that the issue of import substitution of fabrics and accessories is currently being actively worked out.

The Suez Canal was blocked by the Ever Given on 23 March. Experts did not rule out that the release would take several weeks, but it was already possible to remove the vessel from the shallows and tow it to Bolshoye Gorkoye Lake on March 29. Navigation resumed in the evening of the same day.

Later, the Egyptian authorities arrested Ever Given and demanded a ransom from its owner – compensation in the amount of $ 900 million. The amount includes the costs of taking the container ship aground, repairing it, as well as paying for the economic losses incurred by the administration of the canal due to its blockage.