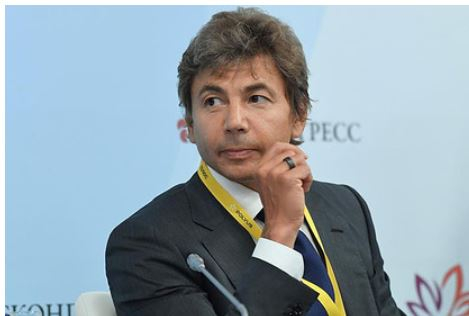 The general director of the largest Russian gold mining company Polyus, Pavel Grachev, in his interview with RBC, compared bitcoin to gold, noting that he did not consider them to be competitors in the long term.

According to Grachev, the nature of bitcoin and gold is very different. They have different groups of investors that will drift further apart over time. Bitcoin, he said, was created as a tool for settlements, and not as a means of accumulating and preserving capital. “The owners of bitcoins or its issuers are trying with all their might to equate bitcoin with gold, to position it as an instrument of accumulation and preservation, which, of course, is not very successful against the background of the volatility of this instrument,” Grachev said, adding that gold itself is “quasi-money “.

The head of Polyus noted that he does not own bitcoins and does not know where to buy them. At the same time, he also does not have gold, since his purchase in Russia is subject to VAT. It makes no sense to invest in the purchase of physical metal – it is easier to buy shares of a gold mining company, Grachev said.

The American investment bank Goldman Sachs stated back in 2020 that cryptocurrencies, including bitcoin, are not full-fledged assets. The main argument was the assertion that Bitcoin does not provide a stable cash flow, unlike stocks, bonds and other classic investment instruments. Then investors in the US and around the world took this as a declaration of “war” on the popular instrument, criticizing the position of Goldman Sachs.

At the same time, American billionaire Mark Cuban called gold a “dead” asset. According to him, cryptocurrencies have adopted many of the qualities of gold. The precious metal itself, in his opinion, is “dead” as an asset and store of value.