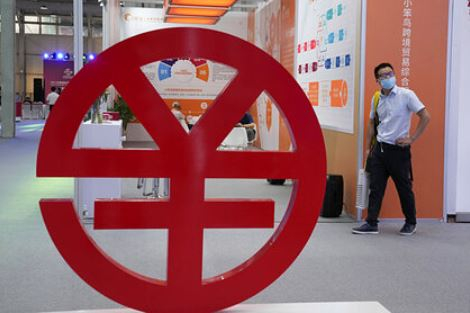 Tough measures to suppress cryptocurrency will help the Chinese authorities strengthen the digital yuan. By banning “anonymous” money and replacing it with its own digital currency, the party hopes to regain control of the market, Quartz writes.

Not wanting to lag behind other advanced economies, China began to widely adopt cryptocurrency almost immediately after its inception. In 2011, just two years after the emergence of bitcoin, the first cryptocurrency exchange opened in the country. By 2016, China had become a very influential player in the industry, being both a hub for token trading and a major manufacturer of mining hardware. However, over time, it became obvious to the PRC that the popularity of cryptocurrency is primarily due to the ability to carry out decentralized and anonymous transactions. This feature did not fit into the policies of party chairman Xi Jinping to manage the digital economy.

Beijing had other reasons for discontent as well. The Chinese found Bitcoin very attractive as they were constrained by capital controls and looking for new investment targets. Cryptocurrency has become both an attractive investment option and a way to transfer funds abroad. As a result, China began to fight digital innovation – in 2017, the party banned ICO (initial token offer) and closed all crypto exchanges. And this year, the PRC has banned the mining and trading of cryptocurrencies in the country. These tough measures could help make the digital yuan one of the few viable digital currency options in China. “They [власти] ensure that in the new era of central bank-backed currency, any potential market risks are eliminated or mitigated. Harsh measures against mining and cryptocurrencies fit into this rhetoric, ”said Zennon Capron, head of Singapore-based consulting firm Kapronasia.

China began developing its own digital currency shortly after Xi came to power. The digital yuan entered citizens’ e-wallets in 2020 after nearly eight years of development. The currency is issued by the People’s Bank of China (analogue of the Central Bank) and is distributed through six large commercial banks. Users can make payments by scanning QR codes or using physical devices, including regular wallets with embedded digital chips. According to the government, by June 2021, about 20 million RMB digital wallets had been created, and the volume of transactions reached 34.5 billion RMB ($ 5.3 billion).

By promoting sovereign digital money, the Chinese government intends to regain control of payments, which are increasingly being handled by private firms such as Alipay Ant Group and Tencent’s WeChat Pay. In addition, the authorities hope to improve the renminbi’s international reputation. Initially, many were skeptical that a government-developed digital wallet with yuan could compete with the payment systems of China’s tech giants. However, the digital yuan has proved to be viable thanks to one key feature – users can make transactions without the Internet, simply by connecting two phones that support this token. This opportunity came in very handy in China, especially for rural residents.