Birds that behave badly are banned to go to the pub

Two EMUs who live near the hotel "Yaraka Hotel" (Longreach, Australia), generally quite friendly to people. 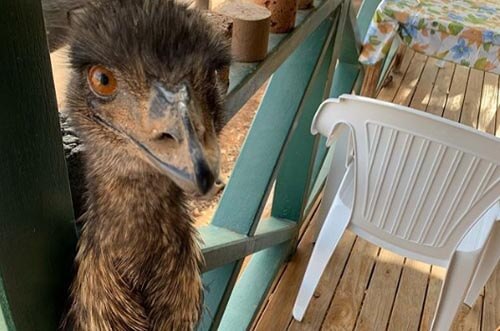 But recently, the birds are faced with the fact that they themselves probably think is a gross injustice. The hotel has a pub and now the EMU is strictly forbidden to go there, and notifies the ad at the entrance. 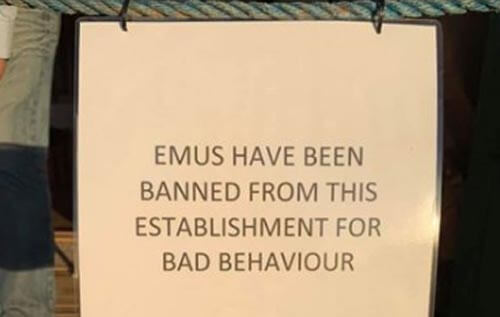 In principle, employees of the pub is quite understandable. Birds do not differ exemplary behavior: they drag food from tables at the front of the visitors, and once put his beak in the toaster and stole thence the bread. But the main problem is the droppings of EMU. Large create leave behind a lot of excrement, that its appearance and aroma do not add anyone nor appetite, nor good mood.

See also: EMU, escaped from his wife, been 12 days, but was returned home