Rich Porter, who was engaged in bowfishing (that is, fishing with a crossbow), managed to become a world record holder. 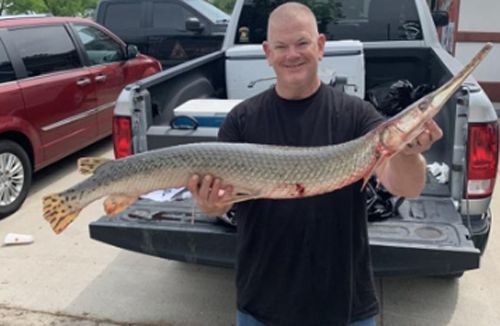 All thanks to a fish known as a short-snouted carapace. Typically, the weight of such fish is about 1.5 kilograms, but Rich, who tried his luck on the Lake of the Ozarks (Missouri, USA), shot a shellfish, whose weight was 6 kilograms.

True, in order for the world record to be officially confirmed, the angler had to be patient. Department of Conservation officials conducted genetic tests to confirm that the fish was a purebred short-snouted carapace and not a hybrid with the larger long-snouted carapace.

Elderly couple admired the record-breaking bear made of roses