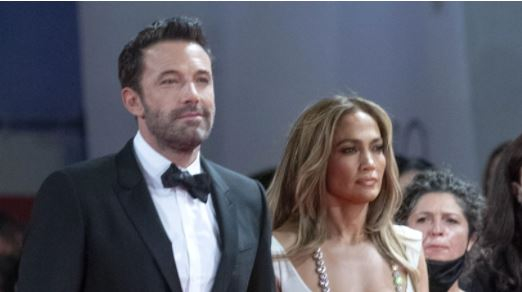 Newly-minded, but still not the first time, beloved lovers Ben Affleck and Jennifer Lopez are once again having a delightful romantic weekend, writes Elle.

The couple finally stopped hiding and only got caught on paparazzi cameras and decided to officially appear on the red carpet of the Venice Film Festival. Under the flashes of cameras, they did not even hesitate to kiss.

It’s no secret that Ben presented Ridley Scott’s The Last Duel at the event. At the same time, the role of the main knight went to his close friend Matt Damon, but in real life it was Affleck who behaved like a knight.

At the Venice airport, from where the star couple was going to fly home, one of the fans of Jennifer Lopez began to rapidly and aggressively approach his idol. Most likely, the fan wanted a selfie from the star, but events developed so rapidly that even the security could not react to the running madman.

Ben himself immediately intervened in the situation. The actor blocked the path of the stranger, blocking his beloved with his body.

After this, the intruder was nevertheless twisted by the guards, and the couple went to the departure terminal. Ben asked his woman if she was okay, and the actress just smiled back.

For the long voyage across the ocean, Lopez looked more than adorable. She wore a Dior dress with black and white polka dots, and micro shorts, visible from under the swinging hem, added coquetry to the image.