“Belarusian Guaido”. Will Svetlana Tikhanovskaya become the President of Belarus recognized by the West?

Former candidate for the presidency of Belarus Svetlana Tikhanovskaya was recognized as the "elected" president of the country. Yes, today only the Seimas of Lithuania, the most active and most aggressive European country in the Belarusian issue, did it. Yes, the leaders of a number of EU countries - for example the Czech Republic and Hungary - have already refused to meet with Tikhanovskaya as the elected Belarusian president.

However, other EU states are already discussing the possibility of following the Lithuanian example - if the EU loses hope that Lukashenka will take a walk on the Russian financial and information fields and return to the policy of diversifying its foreign policy. For example, if (I would like, of course, to use the word "when", but still "if") the Belarusian president signs integration cards with Moscow and irrevocably binds his country to Russia. In this case, the West will impose tough sanctions against him, and the refusal to recognize Old Man as president will be a completely logical move - already now, the resolution of the Lithuanian Seim indicates that since Lukashenko is illegitimate, then all the agreements he signed with Russia are illegal. Or even Moscow's intervention in Belarusian affairs, for which a new package of sanctions could be introduced against the Kremlin.

The West has already made such a move with a representative of the opposition - for example, at the beginning of 2019, it recognized the speaker of the Venezuelan parliament, Juan Guaido, as the president of Venezuela instead of the incumbent head of state, Nicolas Maduro. However, more than a year and a half have passed since then - and Maduro is still there, in the Miraflores palace (presidential residence), while adults have long forgotten about Guaido. "Guaidization" of Tikhanovskaya will not only be meaningless, but will also be a serious blow to the entire protest movement.

First, because a recognized leader is required to display leadership qualities. You need a willingness to actively defend your position in the media space, kindle (albeit with other people's money) the hearts of the citizens of your country and take them to the streets. And not just withdraw, but convince them of the possibility of victory over the regime. Guaidó, a man with a lot of political experience, connections and charisma, did not succeed, even despite the serious socio-economic problems faced by Venezuela. For Tikhanovskaya, a former housewife without political experience and charisma, unable even to read the statement written for her on a piece of paper with feeling, with sense and consistency, this will not work all the more. Especially considering that the socio-economic state of Belarus is much better than that of Venezuela. 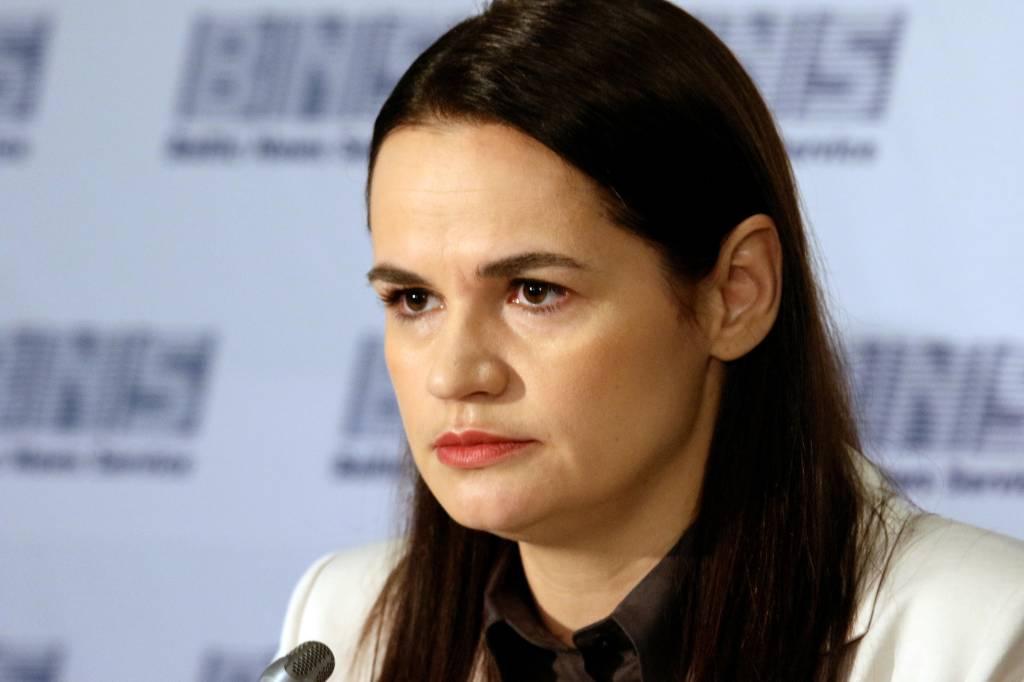 Tikhanovskaya said she still remains a symbol of protest in Belarus

She also expressed confidence that the majority of Belarusians supported her in the elections.

Secondly, it will distort its consolidating image. An ingenious (you can't put it another way) move by the image-makers of Svetlana Tikhanovskaya during the election campaign was to deprive her of any political subjectivity. Opposition ideologists needed a leader around whom the entire anti-Lukashenka opposition - from pro-Russian forces to nationalists - would rally. And this leader could only be a person without geopolitical views, whose program would consist only of the points "came - appointed fair early elections - returned to fry cutlets", which was Svetlana Tikhanovskaya.

Appointing her to the role of "Belarusian Guaido", Western politicians and journalists, on the contrary, begin to pump her with subjectivity - moreover, with a pro-European and anti-Russian subjectivity, which will alienate a significant part of the electorate from her. The result of which will be a split in the opposition masses, the disappearance of even the specter of a common goal. Especially if the rhetoric of Tikhanovskaya - "the president" is brightly anti-Russian and the Belarusians think that they want to create another ruin from their country, into which Ukraine has turned into thanks to such rhetoric of the local authorities.

Finally, thirdly, after the recognition of Tikhanovskaya as the head of state and the apparent fading of the anti-Lukashenka protest in Minsk, it will not be clear what to do next with Madame President and Batka himself? Refuse to recognize it and again negotiate with Lukashenka and his government? It will not work just to ignore the situation (as with Venezuela) - Belarus is located at the very borders of the European Union, and you cannot disown the processes taking place in it. 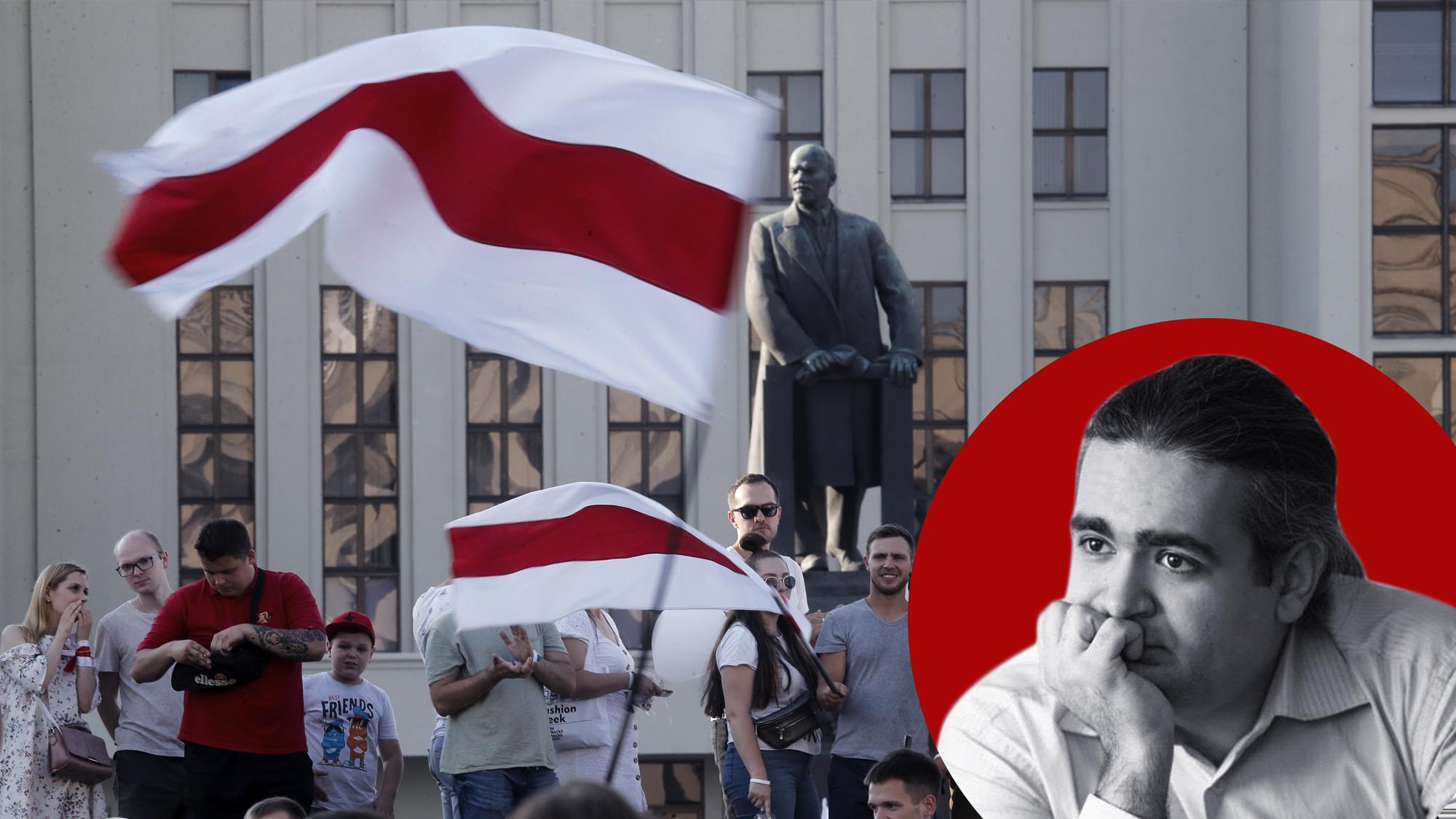 New turn. What Western media write about Moscow's reaction to the protests in Belarus

Associate Professor of the Financial University Gevorg Mirzayan - about how the foreign press reacted to the Belarusian protests and Russia's entry into the game.

Therefore, Lithuania's actions are probably only the position of the "European shot". Vilnius does not think about any lofty matters or general European rationality. The Lithuanian authorities see themselves as anti-Russian crusaders, and also deliberately aggravate the Belarusian-European relations in order to (like five years ago) again earn big money by Lithuanian standards in the form of Western grants for training and maintaining Belarusian opposition activists. But the responsible European countries should think - and they do.