This four-legged beer drinker has won the hearts and minds of the villagers of Cockington, Devon, England, so he’s now been elected mayor. 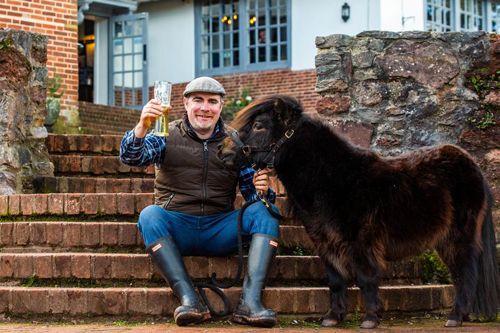 A pony named Patrick is quite worthy of such a title, because, as a true politician, he successfully appealed to the general public and achieved universal love. Patrick has become famous for his fondness for Guinness and for being seen (and chatting) at the local pub, The Drum, where the little horse has its own “drinking nook.” 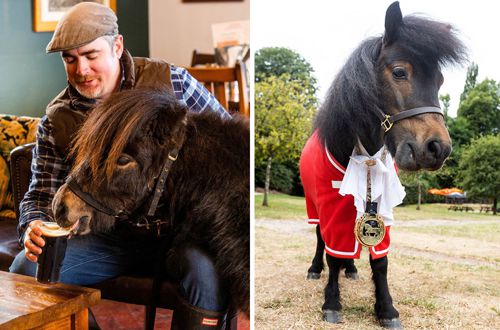 Kirk Petrakis has begun bringing his pony to the pub as a therapy animal to help calm and elevate the mood, but Patrick’s scope now extends beyond the drinking establishment. He spends a lot of time attending rehab meetings, hospitals and schools to spread positive vibes. Now, hundreds of people have supported a petition to appoint Patrick mayor of Cockington, and the city’s favorite, who was given a formal suit by the owners, has become the first pony mayor. 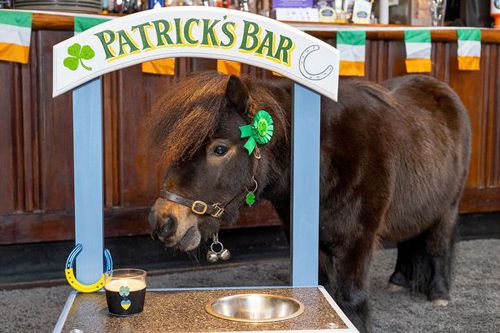 Patrick has not yet made a welcoming speech and announced his program. However, he will simply continue to do his usual business, because the position of a pony, although honorable, is unofficial.

Racehorse gives commentators trouble with his nickname, which is difficult to pronounce