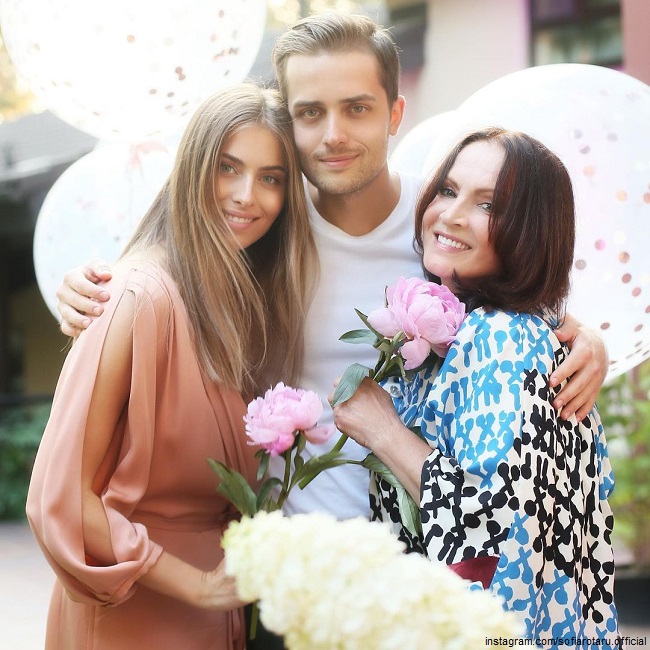 At the end of October 2020, the granddaughter of Sofia Rotaru revealed to the public the identity of her lover. It turned out to be 31-year-old Ukrainian businessman Denis Zhadanov. It is known that the chosen one Evdokimenko is the vice president of marketing at Readdle Inc and has already received his place on the Forbes list. The lovers live together in New York – Sofia is engaged in the modeling business and develops her blog, and Denis runs the company.

Recently, a long-legged beauty delighted fans with the first joint photos with her lover. The pictures show the businessman gently hugs the girl around the waist.

“All you need is love“- reads the comment under the photo.

One of the followers asked Sofia what her good morning looks like. Without further ado, the girl posted a photo of her hand in Denis’s hand. The lovers were drinking coffee at this moment and decided to capture a touching moment.

The granddaughter of Sofia Rotaru is truly an incredible beauty, and also a clever and shy woman. She has almost no envious people, and in the comments – extremely positive reviews: “How cool it is when the guy is much older than the girl. Well, Sonya is a beauty! “,” Very beautiful, be happy! “,” How beautiful you are ??❤️ “.

Zhadanov has already managed to meet the famous grandmother of his chosen one. Rotaru gave an interview in which she spoke about the possible wedding of her granddaughter at the age of 19. “I know him, but who knows, this is her fate, and she will decide for herself. She is still young. I think it’s too early. She should finish her studies, get a good education, and I think she will succeed in everything else.“, – commented on the new relationship of the granddaughter Rotaru.

It is known that before Denis, young Sophia met with French businessman Marco Duminel, with whom she broke up in June 2020. Evdokimenko did not name the reason for the gap.