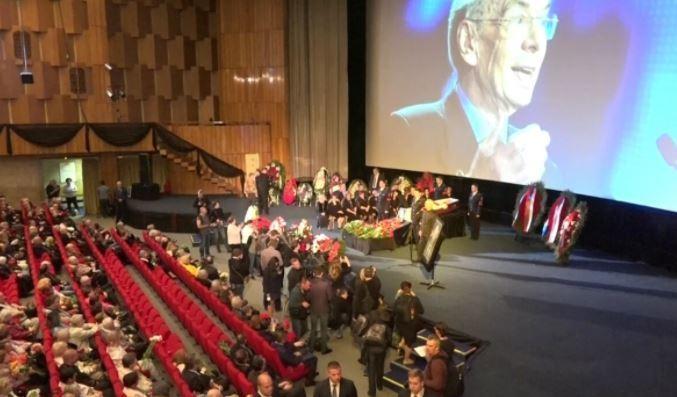 The widow of director Alexei Batalov, 85-year-old Gitana Leontenko and his daughter Maria, lost part of their real estate and a large amount of money. Writes about this "MK".

Leontenko turned to the police with a demand to initiate a criminal case against Mikhail Tsivin and Natalia Drozhzhina. According to the statement filed by Batalov's widow, they fraudulently issued powers of attorney allowing Tsivin and Drozhzhina to dispose of all the property belonging to the family of the late director, their bank accounts, and also to make transactions on their behalf.

It is reported that after the death of Batalov, Tsivin and Drozhzhina provided assistance to Batalov's widow, as well as his daughter Maria, who has been diagnosed with cerebral palsy since childhood and is disabled. They helped them with trips to hospitals, bought food, took over the organization of events, and also insisted on the installation of a monument to Batalov in the cemetery.

Then, according to Leontenko, they issued a power of attorney for the property of the deceased in their names with a notary. Among other things, they had at their disposal Batalov's workshop, as well as Maria's grandmother's apartment on Kutuzovsky Prospect in Moscow.

“We were left without a livelihood,” - written in a statement filed with the Main Directorate of the Ministry of Internal Affairs of Moscow.

Leontenko said that more than a hundred thousand dollars had already been "lost" from her accounts. The widow herself, according to her words, after the death of Batalov did not receive anything except his gold watch.