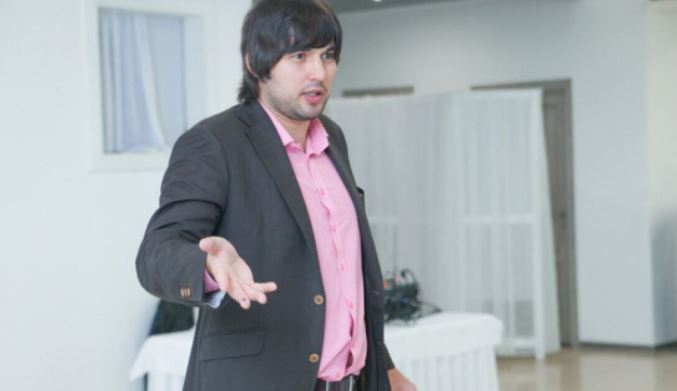 Former Na-Na soloist Valery Yurin and his friend Andrei Nazarov filed a lawsuit against Bari Alibasov’s son after being accused of attempted murder of the producer.

The lawyer of Yurin and Nazarov Yulian Sobolev told about the lawsuit against Bari Alibasov Jr. According to him, the reason for going to court was the unfounded accusations of Bari, expressed during one of the home press conferences. Then Alibasov Jr. accused the men and the daughter of the writer Vasily Shukshin Olga that they allegedly deliberately drunk Bari Karimovich and poured poison on him in order to take possession of his Moscow real estate after the death of the producer through his ex-wife Lydia Fedoseeva-Shukshina.

Sobolev believes that Alibasov Jr. was talking utter nonsense to be invited to television, where they pay huge fees.

Moreover, a case was opened against Bari Barievich after a fight on one of the television shows. Then the man broke Nazarov’s nose, and he had to put stitches.

“Apart from his conviction, he will face three months of real prison. In addition, it is possible to fully or partially satisfy the civil claim of the victim in the framework of a criminal case for 3 million rubles! By the way, the same amount, 3 million rubles each, is demanded by plaintiffs Nazarov and Yurin in a civil suit in Presnensky court, along with a refutation as compensation for moral damage. Olga, as she is called, the organizer of the “gang of murderers,” is still considering whether to file the same lawsuit, ”Sobolev said.

Lydia Fedoseeva-Shukshina and Bari Alibasov, who have been married for just over two years, divorced with a scandal at the end of last year. The conflict between the former spouses occurred because of the apartment presented by the actress to the producer in New Moscow. Later, Alibasov rewrote the property to his assistant, which caused outrage among the movie star. And she went to court. After the divorce, Bari Karimovich failed to regain his ex-wife’s apartment.