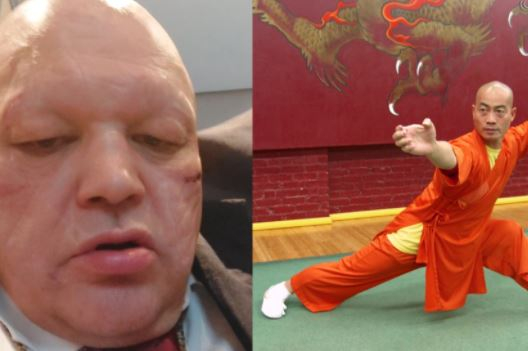 Writer and director Stanislav Baretsky was forced to urgently leave St. Petersburg due to an attempt on his life. The showman himself stated this in an interview with FAN.

The attack took place near the building of the Union of Professional Ritual Agents headed by him in one of the depressed districts of the Northern capital. Five people with bats crept up to FAN’s interlocutor when he left the office to smoke and throw out the trash. According to the writer, at first he decided that the formidable bearded men were hired by his competitors in the ritual business, but after they began to sing together “Do You Know”, he began to doubt it.

“Everything immediately became clear when they shouted in chorus“ For MakSim! For Stas Piekha! ”, After which they rushed at me with truncheons, – recalls Baretsky. – Obviously, these were radical fans of the artists, who did not like that I promised to bury their idols for free. An absurd situation: I wanted to do a good deed and take all the costs, if suddenly the health of the performers, by the way, my adored colleagues about the stage, could not withstand the hardships of the coronavirus pandemic, and instead of gratitude they were going to cripple me! “

Having been attacked, the showman discovered unexpected advantages of his extremely impressive build: the bits could not do him any harm, since they were stuck in his body, abundantly covered with fat.

“It was unrealistic to break my bones,” the writer grinned. – There is such armor that you can’t get close! The bits bounced off me, and some even flew to the sides. Realizing all the futility of the undertaking, the bearded men threw down their weapons and decided to try the strangling techniques on me. But here, too, failure awaited them: it was not possible to grab my neck because of its absence ”.

The director dealt with the intruders with the help of special combat techniques, which he was taught back in the 90s by monks from the Shaolin Monastery who came to St. Petersburg with sermons.

“They usually beat everyone with sticks, but I only had a beer can at hand, which I always carry with me, just in case,” said the FAN interlocutor. – With her help, I smashed one of these guys in the forehead, and drove the other right into the mouth, knocking out several teeth. Then I tore it with my bare hands, blinding the rest of the bearded men with a spray, which allowed me to gain time and knock them out with a series of quick blows.

After the fight, Baretsky urgently packed his things and left by fast train to Moscow.

“Unfortunately, only the upper shelves remained in the reserved seat, and now I cannot sleep because of my neighbor from below, who is praying hard that the shelf can support my weight,” the showman laments. “It will be safer for me in the capital: the autumn exacerbation there is not as pronounced as in St. Petersburg, and the maximum that the MakSim fans will do to me is to throw them rotten eggs.”