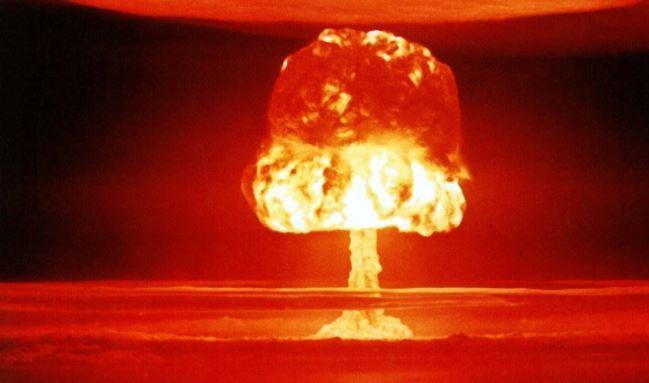 When talking about the use of atomic weapons by Russia, one must remember that, according to its military doctrine, we can only talk about a retaliatory nuclear strike. This was stated in an interview with the Federal News Agency by the military observer of "Komsomolskaya Pravda" Viktor Baranets.

This is how the FAN interlocutor reacted to the report of the new Chief of Staff of the US Air Force Charles Brown "Accelerate changes or lose", which is devoted to the American general's reflection on the wars of the future. In his opinion, the United States will lead them "with an enemy comparable in power", and the result of the confrontation will be colossal human and material losses, comparable to those that the world suffered during the Second World War.

“Who is this mysterious‘ comparable in power ’enemy’ whom Charles Brown is so shy to call? - Baranets smiled. - In fact, there are two such states now - Russia and China. If we look at the prospect of 15–20 years and ponder who else can be added to the pool of possible opponents of the Americans, then it is worth noting that it will definitely be a nuclear power. I think India should be named from specific states. "

The military observer noted that the future "war with incomparable losses" will be exclusively atomic, and therefore it would be foolish to name among the possible American rivals a country that is not a member of the "nuclear club." He also recalled the horrors that await the planet in the event of a large-scale conflict.

“Nuclear weapons will make it possible to deliver strikes that hit entire megacities at once, in which 15-20 million people live,” the expert said. “They will inevitably end up in danger, since missile and bomb strikes will be launched not only at the enemy’s military infrastructure, but also at decision-making centers, which are the largest cities. It will be a war of incineration. "

The FAN interlocutor stressed that the peculiarity of such a military conflict will be that it will inevitably become a "war of blocs" - the United States will not fight with anyone alone, it will attract the entire NATO to its side, which also has countries that have nuclear weapons, before total, France and Great Britain.

“Naturally, Russia or China will have to hit not only the United States, but also the rest of the allies who supported them,” Baranets is convinced. “So, if the missiles fly out of their territories, we will be ready to immediately retaliate against them. But here the question arises - who will help us in this war of coalitions? Let's face it: our allies in the CSTO will turn out to be not so reliable assistants, with the possible exception of Kazakhstan and Belarus. Let neither the Tajiks, nor the Kyrgyz, nor the Armenians take offense at me, but if a big war breaks out, they will be just nominal allies for us. "

As for China, the military observer continued, it is reaching such values ​​of military potential that are already beginning to outstrip American ones.

“Just a week ago, the Pentagon grabbed the head because their intelligence reported that the number of Chinese warships exceeded the number of US warships! The expert exclaimed. - The PRC already has two aircraft carriers, they are successfully developing their nuclear missile program and combat aviation! I think that a few years will pass and America, in terms of military potential, will forever forget about its unconditional leadership. "

The FAN interlocutor concluded that in the event of a global confrontation with the United States and NATO, Russia and China will inevitably unite against a common enemy, even if only one of the states is attacked.

“So the main difference between World War III and World War II will be that the conflict will definitely not be fought“ far from American shores, ”Baranets is convinced. - Rockets will fall on New York, and Washington, and California! The United States will not hide in this war, will not sit out overseas, as it was before! "