This is not the first time that the authorities of Roccaraso (Italy) are faced with the problem of what to do with a bear that has taken a fancy to the city. 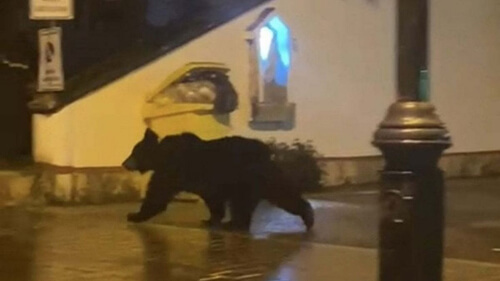 The animal feeds on food waste from garbage cans and is especially partial to biscotto cookies. Once a bear broke into a closed bakery and caused damage, having a good meal of this pastry. 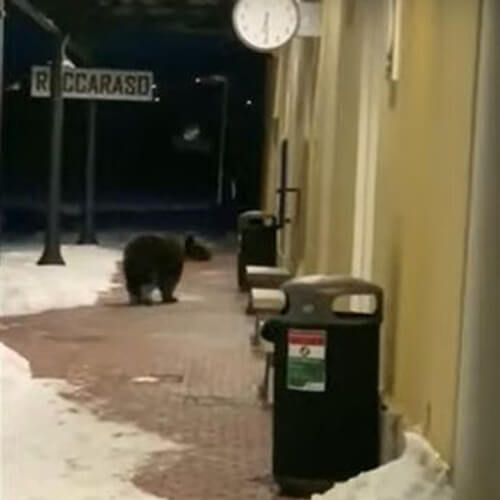 The first time the animal was caught back in December last year, after which it was taken by air to the Apennine mountains. But a few days later the bear returned. Once again, the expulsion of the beast took place in March. The authorities considered it quite likely that the bear would return to his beloved town, and guessed it. After traveling about 100 miles, the animal is back and is ready to rummage through trash cans and eat leftovers as well as biscotti. 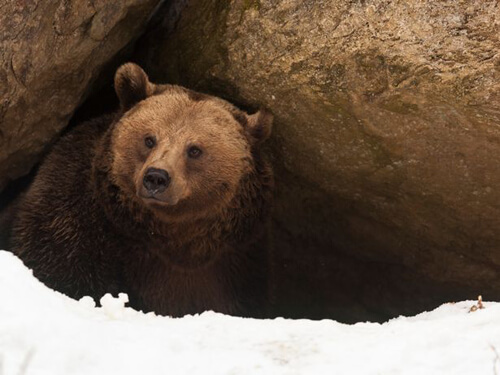 The beast is a rare Apennine bear (50-60 individuals remain in the wild). Therefore, wildlife experts will have to decide how to drive the visitor away from the city without harming him. So far, it has been decided to replace ordinary garbage cans with lockable containers everywhere. Perhaps if the bear does not get his favorite pastry, he will be disappointed and leave on his own.

Polar bear’s head separated from body due to optical illusion