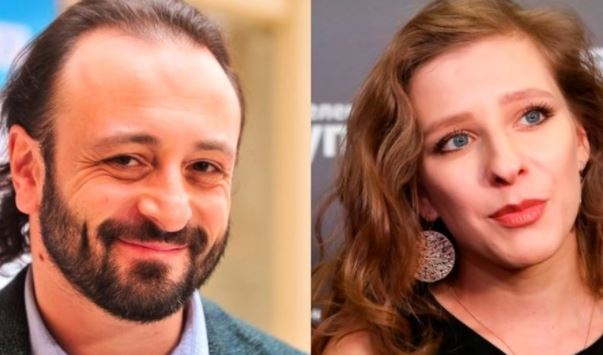 The son of figure skater and choreographer Ilya Averbukh from his first marriage, Martin admitted that he already knew the sex of the future child of his father and his young wife, actress Liza Arzamasova.

Arzamasova and Averbukh themselves told the fans the news about the imminent addition to the family. According to the star of the series “Daddy’s Daughters”, she wanted to avoid unnecessary gossip on this topic, so she decided to talk about her pregnancy.

However, the spouses did not declassify the rest of the information. Only relatives and friends of couples know the sex of the unborn child, including the 17-year-old son of the skater Martin. The guy left a comment on the publication of Lisa Arzamasova and accidentally hinted who the stellar family was waiting for.

“I hope it won’t be as sloppy as I am!” – Martin could not hold back his emotions.

The guy’s words piqued the interest of fans of the actress. The subscribers thought that the heir of Averbukh betrayed the family secret, speaking out about the future male child. In the comments, the guy was literally attacked with questions.

“I already know the gender of the baby, but it’s a secret,” Martin said.

Liza Arzamasova and Ilya Averbukh got married on December 20. For the 26-year-old actress, this marriage was the first, but for the athlete the second: in 2007, after ten years of family life, he divorced the figure skater Irina Lobacheva.