The entrepreneur Nikolai wanted to change his car for a new one last year and even saved enough money for this. But due to uncertainty about the financial outlook due to the pandemic, the purchase was delayed until September, when prices for new cars rose. Deciding that it was impossible to postpone the purchase of a car any longer, he turned to one of the major car dealers. And what was his surprise when the seller, instead of just making a purchase, began to persistently offer Nikolai to buy the same car, but on credit, and at a lower price, with a discount. At the same time, the seller assured that the loan could be repaid within the next few days and Nikolai would not even have to pay interest on the loan.

The Internet is replete with stories like this. Car dealerships provide a discount for buying a car on credit, and the buyer can use this offer to save money - close the loan as soon as possible without paying interest, and stay in the black. In fact, as a rule, things are a little different. 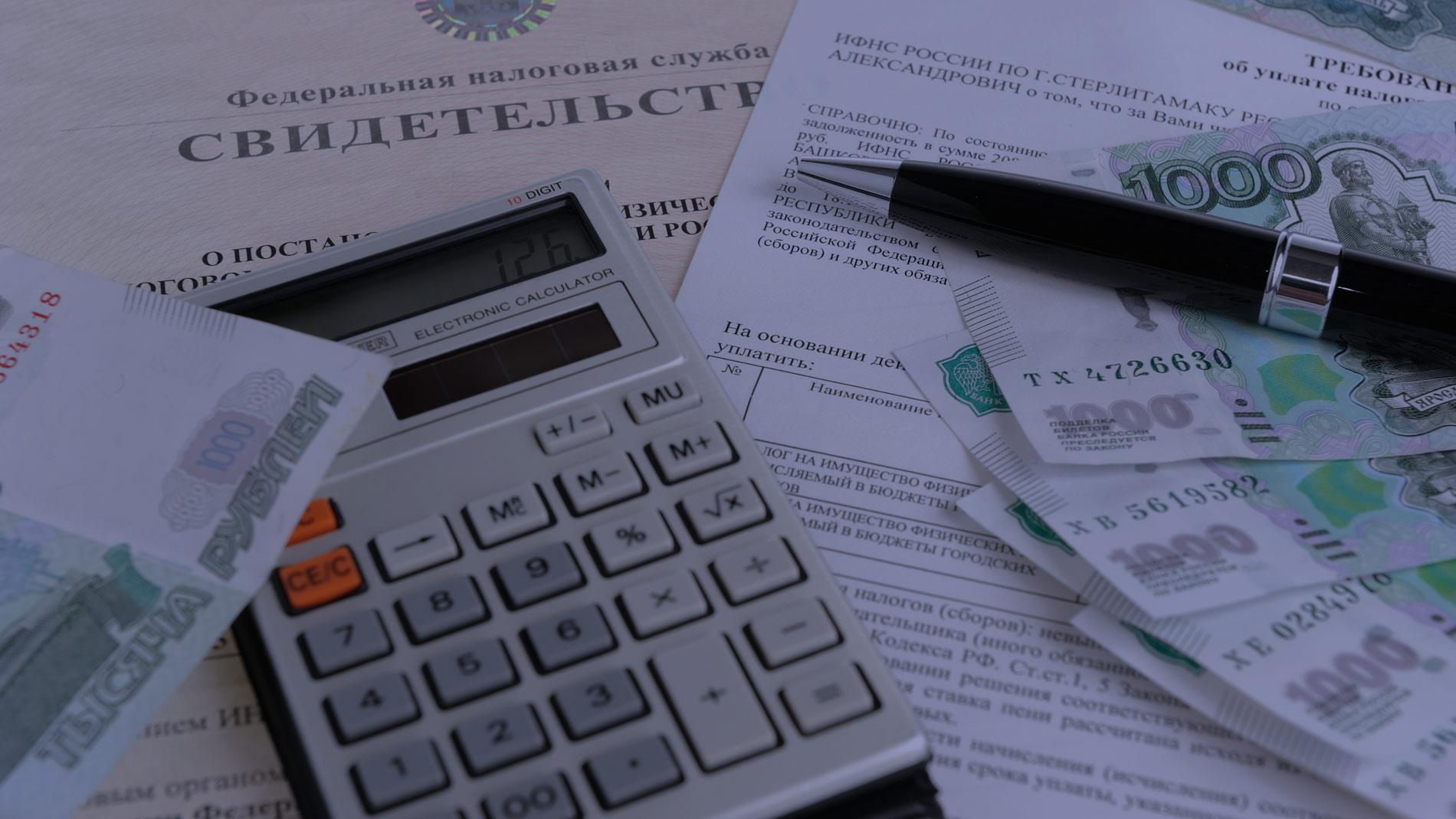 How much does it cost to build a house. Tax authorities are now denying deductions

In modern realities, most car dealerships, if they work without "gray" schemes, cannot afford to set too high a markup on a new car, since in this case competitors win, therefore the main income of car sellers is now formed not from the sale of the car, but from the offer of services their service and the sale of financial products of "friendly" banks and insurance companies, while the dealer receives an agent commission from each loan and insurance policy from five to ten percent, and this is more than the discount they provide to their buyer.

Obviously, it doesn't matter to the buyer how much the car dealership makes, especially if that buyer thinks they can save on the purchase. 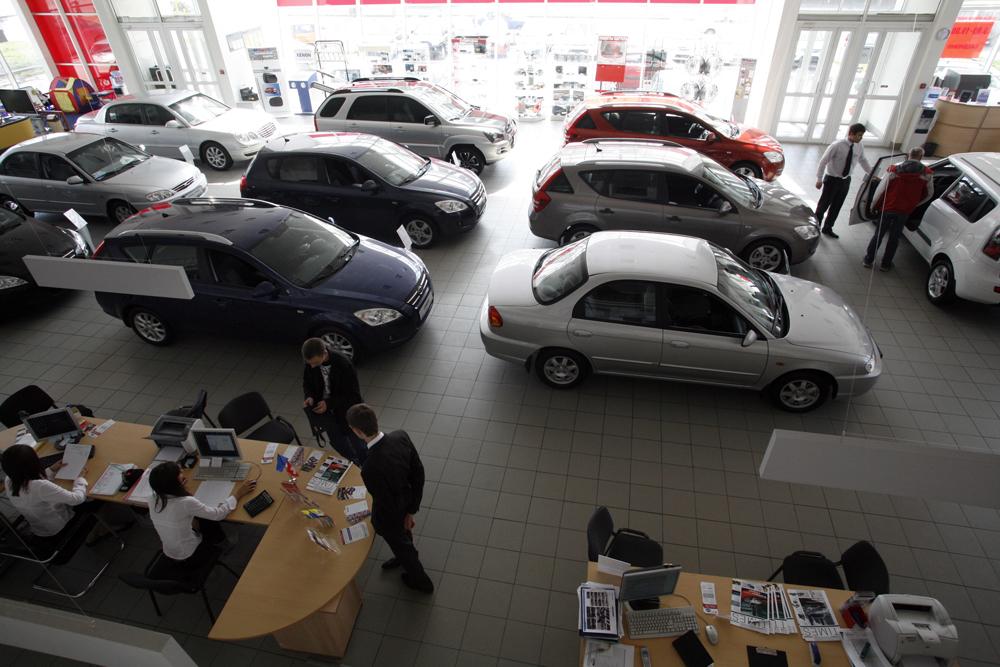 Nikolai reasoned the same way until he calculated the final figure of the expenses that he had as a result of purchasing a credit car at a discount.

The bank will not offend itself

Now, as a rule, in all car dealerships, you can apply for two fundamentally different types of loans: a car loan (in this type of lending, a particular car is pledged to the bank) or a consumer loan (in this case, the collateral is not issued, and the amount of such a loan will coincide with the cost of the required car ).

Nikolay, when he agreed to buy a car using a loan, immediately dismissed the option with a car loan, since he did not want to bother with the fulfillment of the bank's requirements for arranging a pledge, and agreed to a consumer one for a year, especially the manager in the car dealership suggested that, according to the law, the loan can be returned, the main thing is to meet the deadline of 14 days (Art. 11 of Federal Law No. 353-FZ "On consumer credit"). 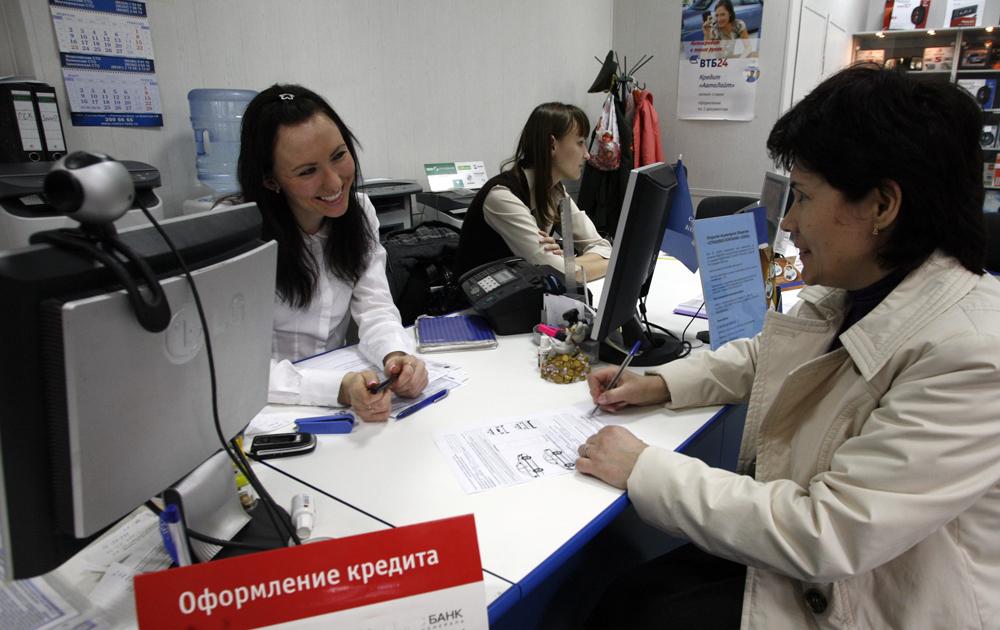 Nikolay, satisfied with his purchase at a discount, left the car dealership in a new car, and a day later he drove to the bank that issued a loan for him, and deposited the entire amount that was supposed to provide full credit to the account from which the bank should write off to repay the loan. settlement with the bank. 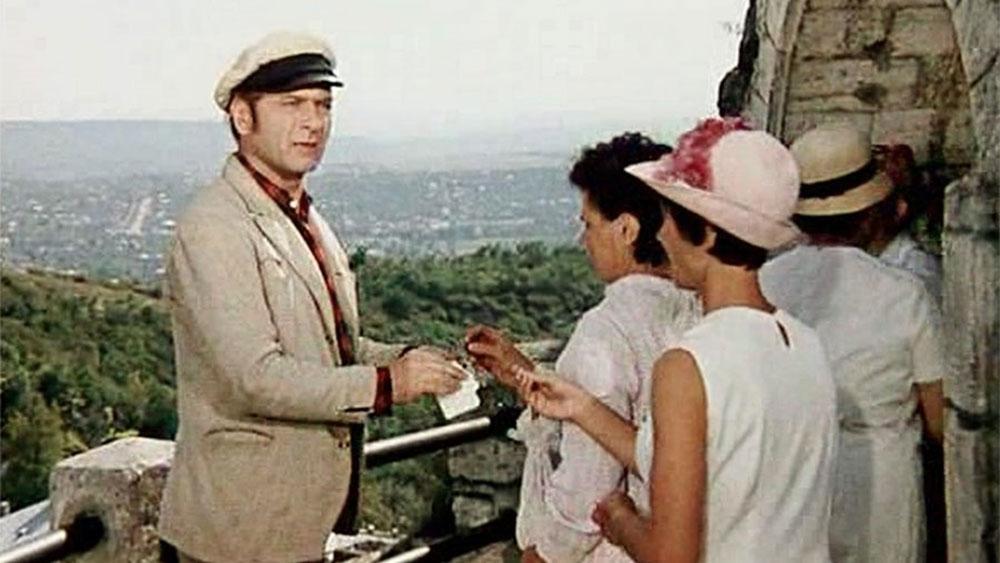 Leisure tax. How much do you have to pay to enter natural parks

However, Nikolai's joy vanished when the next month he received an SMS-notification from the bank about the write-off of the next payment on his loan. The man immediately arrived at the bank, where he found out that he had made the wrong amount of full repayment. It turned out that for using the loan it was necessary to pay not 1,495.68 rubles, but 2,243 (all because of the clever procedure for calculating interest). That is, there was not enough 747.32 rubles on the account for full repayment, and since there were no applications from Nikolai for full or partial repayment, the bank wrote off only the payment provided for in the loan agreement for the month - 253,609 rubles. The procedure for writing off funds was set out in the text of the agreement, which Nikolai did not read carefully, otherwise he would have noticed that he had to insure his life, health and the event of loss of work during the first month of using the loan, otherwise the interest rate on the loan would increase. The bank noticed this and offered to service the loan on new terms. Nikolay, in order not to pay the increased interest, also deposited about 20,000 rubles into the account - and only after that he was able to fully settle with the bank. That is, instead of saving, he overpaid about 12 thousand rubles for his car and wasted his time and nerves.

However, customers of car dealerships "get" for large sums if they also agree to a car loan to purchase a car at a discount. Here the bank will ask not only to issue the purchased car as a pledge, but also to immediately purchase a set of insurance products: a minimum of OSAGO plus comprehensive insurance and, separately, life insurance. It will not work at all for free to refuse all these insurances, even if the loan is repaid early. There is another scheme that allows you to legally bypass Law No. 353-FZ. 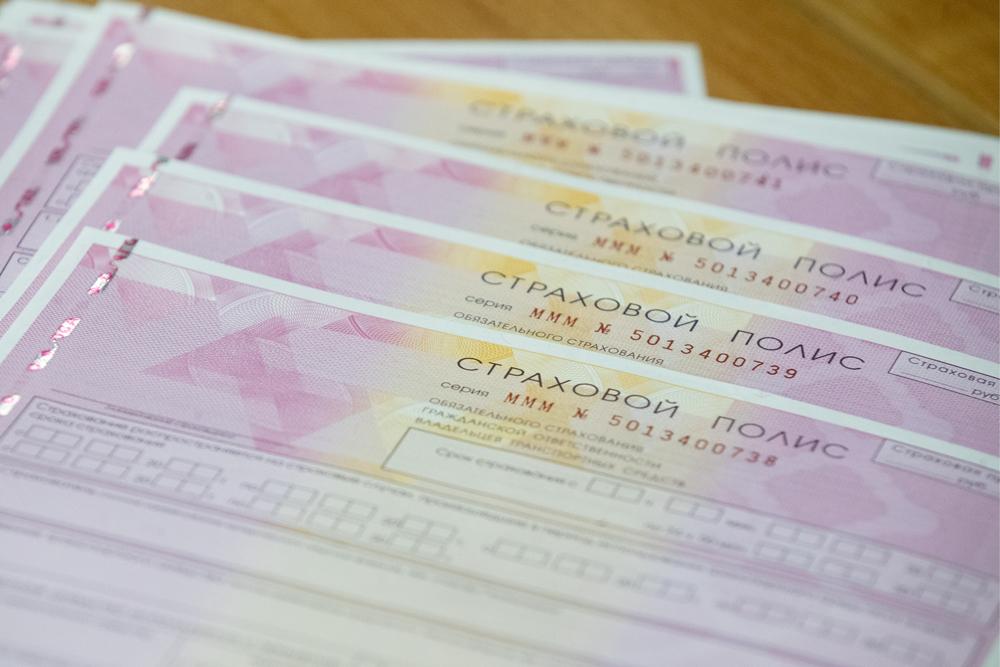 It's simple: you won't be able to refuse from OSAGO, even if you repay the loan, because you can't drive a car in Russia without OSAGO. Cancellation of comprehensive insurance with a repaid loan is possible, but, as a rule, the entire amount will not be returned - the "insurance validity period" will be deducted. As for life insurance, the bank concludes in advance a single agreement with an insurance company (most often affiliated with the bank) and certainly invites its borrowers to join this agreement. The cost of such insurance is 1.5–2% of the loan amount, and in case of refusal from insurance, the bank will either refuse a loan, or the rate will become significantly higher than the market rate. At the same time, if full early repayment is carried out, the borrower is obliged to notify both the bank and the insurance company in advance, then recalculate in the bank, repay the loan and receive the documents necessary to remove the encumbrance (you will also need to take the certificate to the traffic police), and in the insurance of the company to obtain approval for the payment of the paid insurance premium, minus that part of it, which is proportional to the expired period of insurance, if no insured event occurred.

As a rule, insurers return no more than 30–40%, but in some cases they refer to the impossibility of immediate return, since the collective agreement to which the borrower has joined is valid, which means that all its participants must fulfill their obligations before the expiration date. Depending on the make and model of the car, the cost of the "insurance package" can be 200 or 400 thousand rubles, and the maximum discounts in car dealerships for a car on credit are about 50 thousand, maximum 100 thousand rubles. 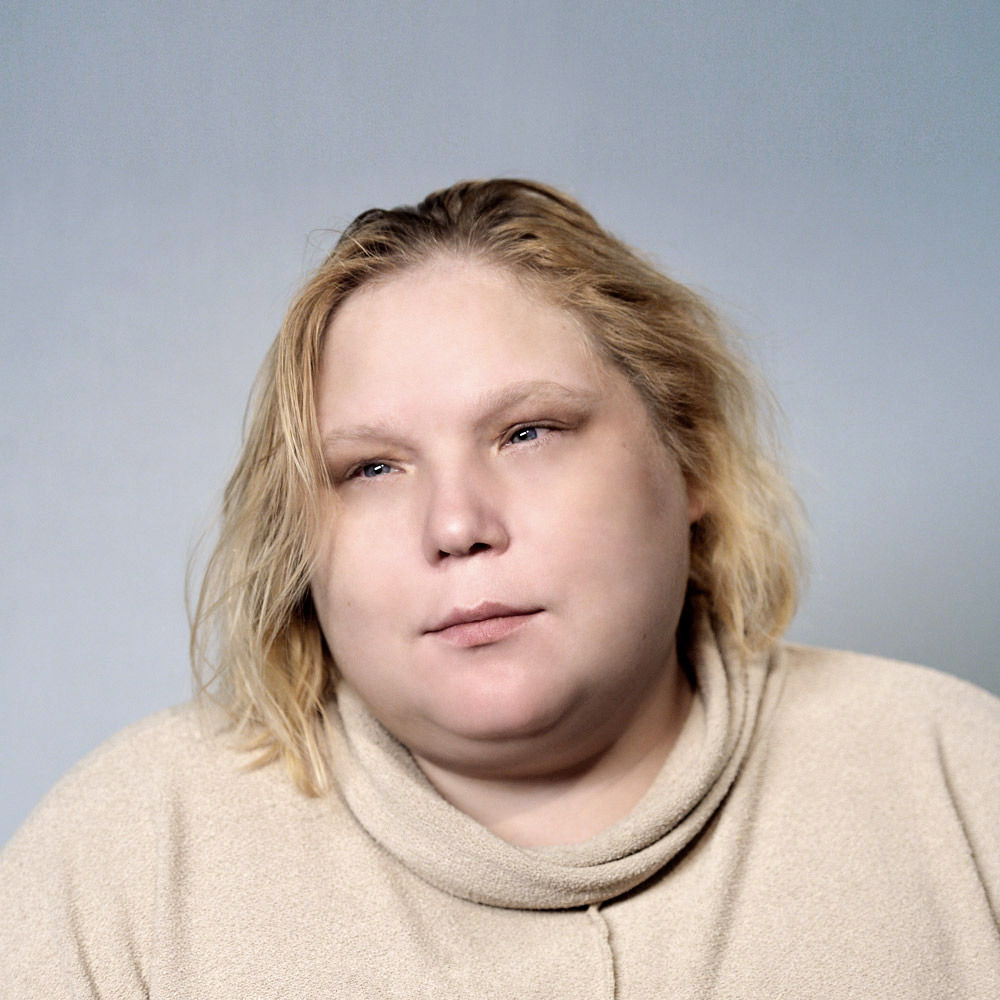