At the construction site of a new residential complex in Krasnodar, a crane collapsed: the crane operator and the director of the contractor company died (VIDEO) 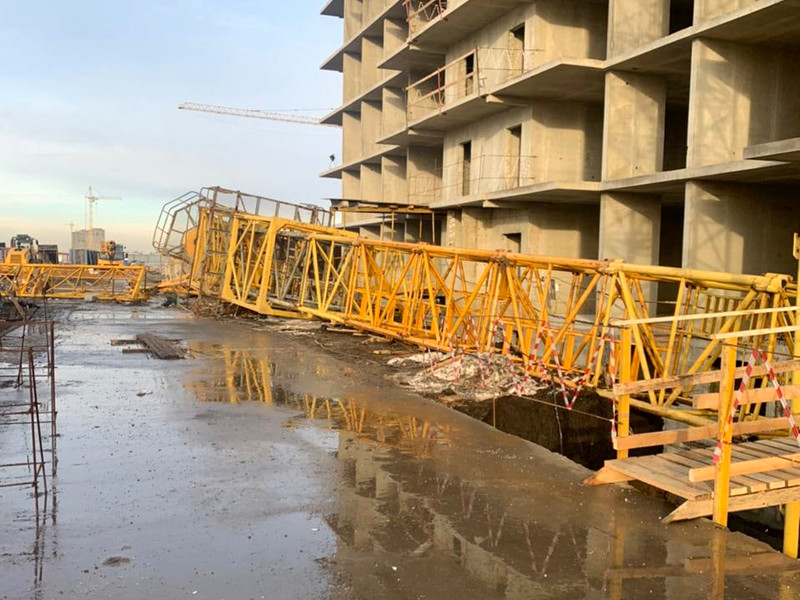 A tower crane collapsed at the construction site of a new residential complex “Rakurs” in Krasnodar at 1st Ligovsky Proezd. Two people died: a 54-year-old crane operator and a 68-year-old director of a contractor.

The emergency happened the night before. According to the investigation, one of the sections of the tower crane collapsed, after which it collapsed.

The Investigative Directorate of the Investigative Committee of the Russian Federation for the Krasnodar Territory establishes the circumstances of the incident and the reasons for the fall of the crane. At the end of the check, a procedural decision will be made.

“On the fact of the death of two citizens as a result of the fall of a tower crane in the 1st Ligovsky passage at a construction site on January 25, 2021, the Investigation Department for the Prikubansky District of the city of Krasnodar of the TFR organized a pre-investigation check in the region. Currently, an investigator is working on the scene, an inspection of the scene is being conducted “, – the department reports.

Investigators seized design and technical documentation reflecting the operation of the crane. A criminal case has already been initiated on the grounds of a crime under Part 3 of Article 109 of the Criminal Code of the Russian Federation (causing death by negligence to two or more persons).

In Krasnodar, a construction crane fell, a woman died.

The incident occurred on the afternoon of January 25 at the construction site of the Rakurs residential complex. It is located in the area of ​​the Western Bypass on 1-Ligovskaya proezd. As a result of the accident, a crane operator was killed.https: //t.co/siq6sE1KdX pic.twitter.com/z7sQZ81Q33