Arriving at the beach, people found a rare fish with a long body

Beach lovers from Dunedin (New Zealand) were surprised a lot when they discovered a rare fish on the coast. 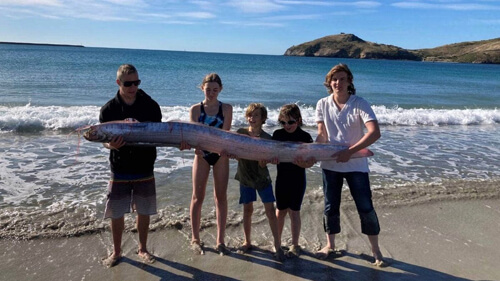 Isaac Williams, who was the first to notice a strange creature, at first thought that a surfboard forgotten by someone was lying on the sand, but he quickly realized his mistake – a 3.65-meter-long fish was lying in front of him. 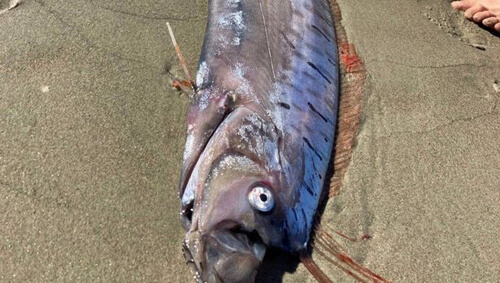 In this area, encounters with such creatures are extremely rare. The last time a fish was seen on this beach was in 2015. 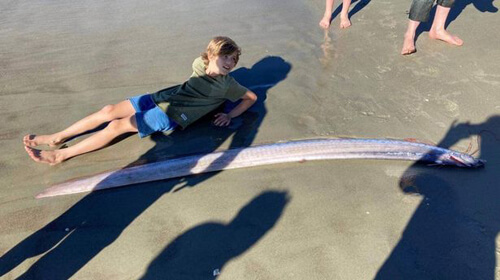 Isaac added that when he approached the fish, it was still alive. The man tried to return the creature to the water, but his rescue operation was unsuccessful, and the fish died. After the eyewitnesses admired the curiosity enough, it was washed away by the waves.

Strange fish looks like it came out of a Picasso painting