Usually people go to ice cream parlors to pamper themselves with sweets and boost their mood. 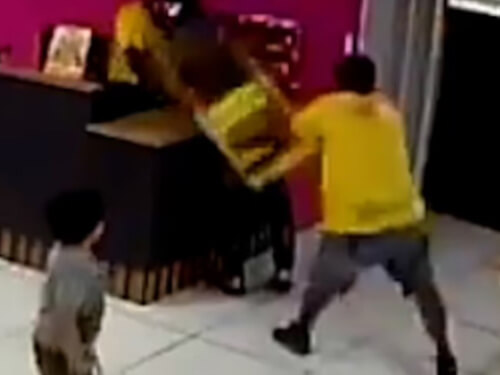 But this Brusque resident (Brazil) came to the cafe with criminal intent. Threatening one of the employees with a knife, he demanded to give him the cash from the cash register. 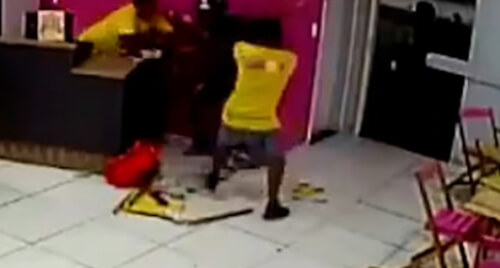 The crime captured all the attention of the villain, and he did not notice at all how another employee of the institution crept up to him from behind, moreover, armed with a chair. After being hit hard several times by the piece of furniture, the robber was thrown to the floor and held until the police arrived. 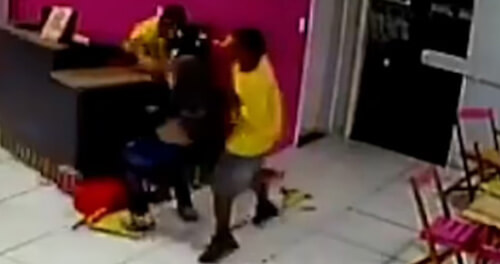 The offender was very unlucky, because he was beaten so badly that the man had to be taken to the hospital. However, now he was discharged and moved to a pre-trial detention cell. 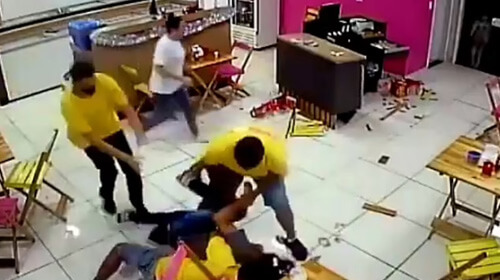 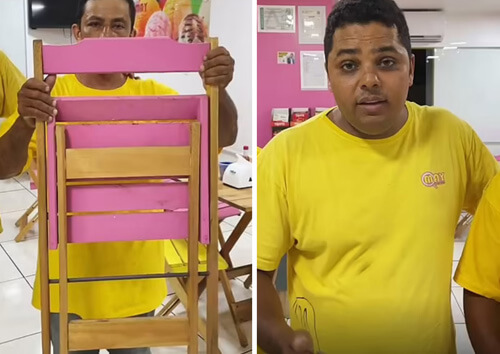 Having watched the video recording from the video surveillance camera, the police came to the conclusion that there was nothing to blame for the militant employees of the cafe – they acted in self-defense.