Apartments in Moscow recognized as overvalued 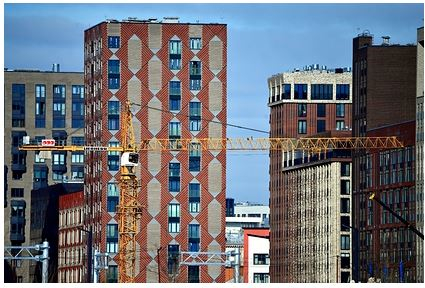 There is no risk of a price bubble on the Moscow housing market, according to a report prepared by analysts at the Swiss bank UBS. The research results are published by the Prime agency.

Analysts studied house prices in the 25 largest cities in the world and concluded that the risks of price bubbles are greatest in the real estate markets of Frankfurt am Main, Toronto and Hong Kong, as well as Munich, Zurich, Vancouver, Stockholm, Amsterdam and Paris.

There is no such risk in Moscow, but the imbalance in the housing market is increasing, apartments in the Russian capital are overvalued, experts admitted. Moscow and Stockholm have recorded the highest growth rates in real estate prices over the past four quarters. According to UBS, from mid-2020 to mid-2021, real house prices in Moscow increased by 20 percent. The sharp rise in the cost of Moscow apartments is explained by the launch of preferential mortgages and an increase in construction costs.

Previously, analysts said that prices will freeze on the Moscow housing market by the end of 2021, and in the future, if developers withstand the decline in demand and keep the cost of the “square”, the secondary market can be expected to rise. If developers begin to reduce prices, the cost of secondary housing will remain at the current level, they suggested.