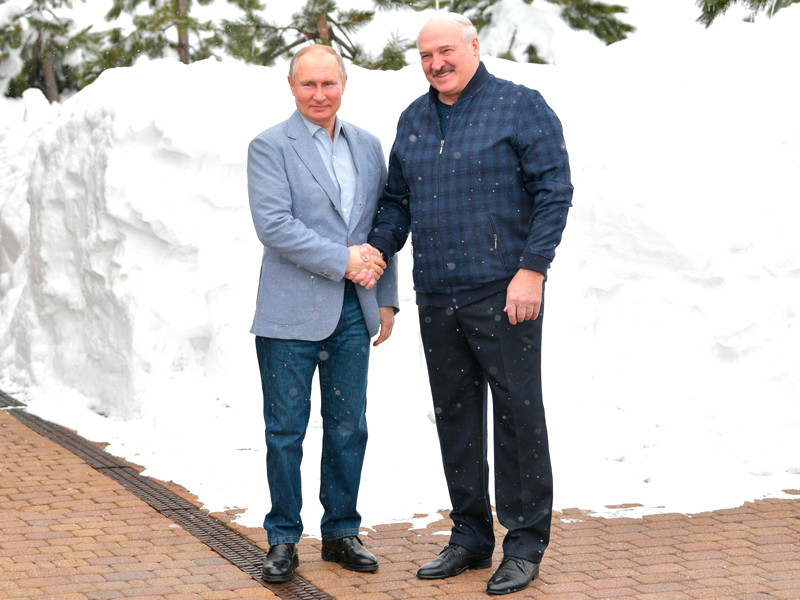 In Sochi, talks were held between Russian President Vladimir Putin and Belarusian leader Alexander Lukashenko. RIA Novosti writes about it.

Thus, Vladimir Putin noted that cooperation between the two countries is in demand at different levels, including at the regional level. “Every year we hold meetings between the heads of regional management structures. This is a very important work, because at the level of regional interaction a significant amount of our relations have developed, they are taking shape: these are economic ties, human ties,” Putin said.

“We are very close people, close peoples: culture, language, religion, history is common. Moreover, not only based on the heroic relatively recent past of the Great Patriotic War, but also deeply rooted in the centuries. It all unites us,” the president said. adding that cooperation between the two countries continues now.

Touching upon the issues of cooperation with Belarus, he noted that the Russian Federation remains the country’s largest investor. “Russia remains the largest trade and economic partner of Belarus – about 50%, over $ 4 billion has been invested by Russian partners in the Belarusian economy,” Putin said.

Lukashenka, in turn, said that almost all “road maps” of interaction between Russia and Belarus are ready for signing. He noted that the financial assistance that Moscow provided to Minsk was timely and important. “The money has not been thrown away,” he said, adding that he hopes to resume automobile communication between the two countries across the border by summer.

The plans to hold a meeting between Putin and Lukashenko were announced on February 10. On February 18, the press secretary of the Russian President Dmitry Peskov announced the date of the event. Peskov then said that the negotiations could be “very lengthy.”

According to the official version, Putin and Lukashenko agreed to intensify the work of the intergovernmental commission, as well as cooperation in key industries. In addition, it was decided to instruct the heads of ministries and departments to prepare proposals to restore communication between the two countries, interrupted due to the coronavirus pandemic.

According to Peskov, the presidents discussed mainly economic ties and issues of trade and economic cooperation.

And by the fall, the country will have its own vaccine against coronavirus. In the meantime, Belarus is actively buying the vaccine from the Russian Federation, and in March the production of this vaccine will begin in Belarus itself. “The most effective vaccine is the Russian one. It is recognized all over the world, no matter how someone trolls it. This is the most effective vaccine,” Lukashenko said at the beginning of the meeting. In this regard, the President of the Russian Federation recalled the need to unite efforts in the production of vaccines, including with Europe.

Earlier it was reported that the talks in Sochi would discuss the issue of access to the remainder of the funds allocated by Moscow for the construction of the Belarusian nuclear power plant in 2011: this is an amount exceeding $ 3 billion. Sources reported that Minsk could receive up to $ 3.5 billion, and this issue has already been resolved in principle.

At the same time, the Kremlin and the Russian Foreign Ministry made it clear that they expect Lukashenka to carry out the constitutional reform he had promised in early autumn. Its result should be a redistribution of powers between the president and other branches of government, but nothing is known about it for sure. The opposition of Belarus believes that the internal manifestation of dissatisfaction with the Lukashenka’s rule is only growing stronger, but the demands for a redistribution of powers for the Belarusian leadership are still unacceptable. Therefore, the procedure is likely to be extended in time, and the stability of the regime will be fueled by financial injections from the same Russia.