Anna Semenovich spoke about the affair with Dmitry Guberniev 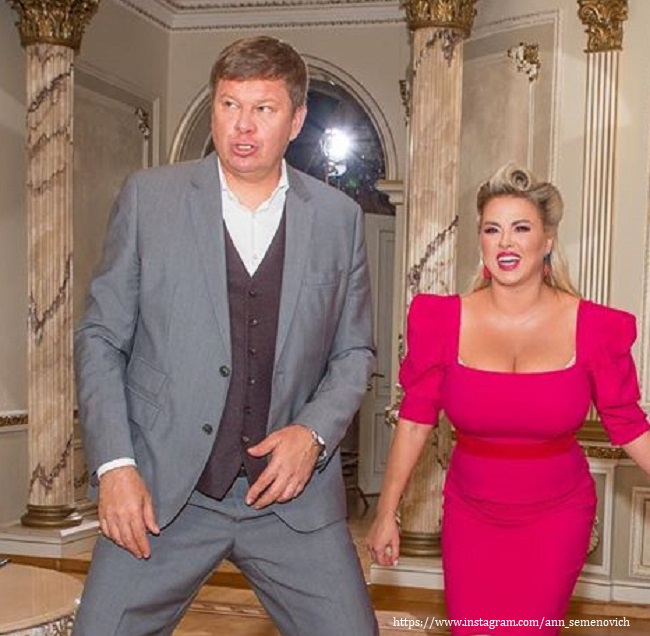 Recently there were rumors that singer and presenter Anna Semenovich had an affair with presenter Dmitry Guberniev.

Recently, a photo appeared on the Web in which 40-year-old singer Anna Semenovich and 45-year-old TV presenter Dmitry Guberniev hug and kiss. What was happening was considered so eloquent that they immediately attributed a novel to the stars. And this despite the fact that both the artist and the sports commentator seem to be not free - both talked about their halves, but did not name names.

However, a few days later, when rumors had already spread throughout all the media, Semenovich decided to turn everything that happened as a joke, laughed at this and wrote in her defense that she had only invited Guberniev to shoot in her video.

"Do you know why we laugh and have fun in the photo? 😉 Of course, over reading dozens of articles about my “romance” with Dima Guberniev. I asked Guberniev's old friend to come and star in my new video “MoneyBoy”. And the ubiquitous neighbors are right there! They photographed our absolutely friendly kiss at the meeting, and even sent the cards to the newspaper. Folk paparazzi are not asleep! ✊🏼Dima and I, perhaps, could be a very beautiful couple, but definitely not in this life. My heart is occupied, and for many years he has been hopelessly in love and happy with his wife. Everyone can be calm - there is no romance between us.", - the artist emphasized.