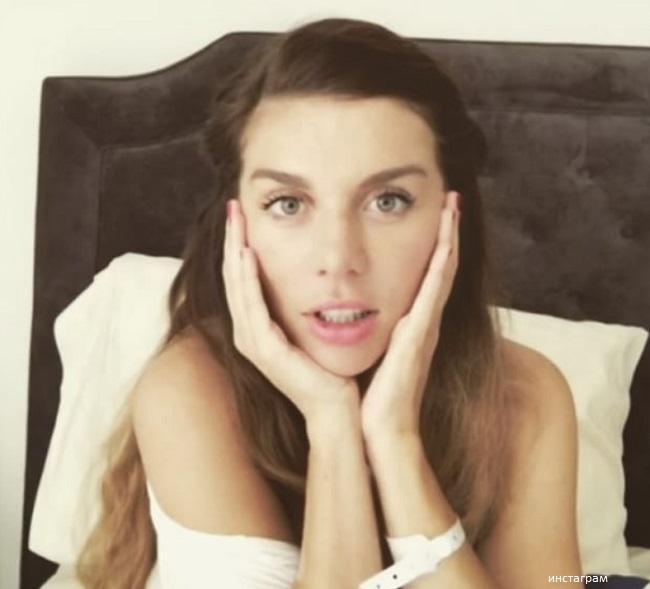 Singer Anna Sedokova told how pregnant ran away from the oligarch.

The actress was a "Golden" group "VIA Gra". Girl trio was a resounding popularity, but it was accompanied by horrible moments.

The actress left the band due to pregnancy. About his interesting position Anna found out quite unexpectedly. However, she continued to perform together with Vera Brezhneva and Hope Granovsky. Including singing at corporate events and private parties. One of them had nearly cost the girls life.

The pop star went to Kazakhstan, where he celebrated his birthday with local oligarch. Beauty came on the scene and saw that in front of them sit 10 men with happy faces and dirty looks. Sedokova took the microphone and congratulated the host of the celebration, and then the unexpected happened.

"At this point, the stage gets one of these dudes and starts touching Grace. We turn and go in the dressing room"- said Anna in his autobiography. In the book, she identified colleagues aliases. Grace – Hope Granovskaya and Vera Brezhneva – Venus. Literally a second after sex-bombs left, they broke an inadequate stranger.

"I have for you 50 thousand paid not to you leave! I you bitches, now cut! Kill Fig! I bought whores can do whatever you want!"- quoted the mad listener the star. Soloist "VIA Gry" became scary. They were in a foreign country, in a strange house, where the gates were closed and locked. More all worried Sedokova pregnant.

The girls came to the party host. He tried to make excuses for the brawler. Like, young, hot. Singer of the hit "Kill my friend" again went to the guests, but the performance did not last long. The excited man from among those present got on stage and started to shove money into her panties Grace. The patience of the star burst. They escaped to the dressing room and gathered her things.

"We run out into the yard, and we race across to the guests of the holiday in full force with guns blazing, and one of them shouts that they have bought and now decided to do, because we misbehave. Nearby is the driver of the bus on which we arrived. I rush to him: "Please, get us out of here""- continued Sedokova.

The driver responded to the pleas of the girls. They climbed into the minibus and its owner are at full speed down the barrier and risked their lives, took the frightened singers at the airport. There Anna, grace, and Venus was able to calm down.

"And at that moment the Director begins to hand out the paychecks. Each one thousand dollars. I take the envelope and give it back. "You have to return the money — say. And not just to return but to throw them in the face. So it will be right." I say: "Yes that you are soared, take the money". I said I can't do that""- leads the "KP" a fragment from the book of Anna Sedokova "I am strong. I got this."

Popularity did not bring the "Golden" group of special income. At one concert, the girls got $ 100, said Sedokova. Changes have taken place only after Faith, Hope and Anna found out: the soloist of group "Factory" earned 10 percent of the profits from performances. In "VIA GRE" was a riot. But it became better not. Produced by the team, Konstantin Meladze and Dmitry Kostyuk, have to pay charges at 3% of the profits from the concert.