Anna Mikhailovskaya in a swimsuit was photographed on a yacht 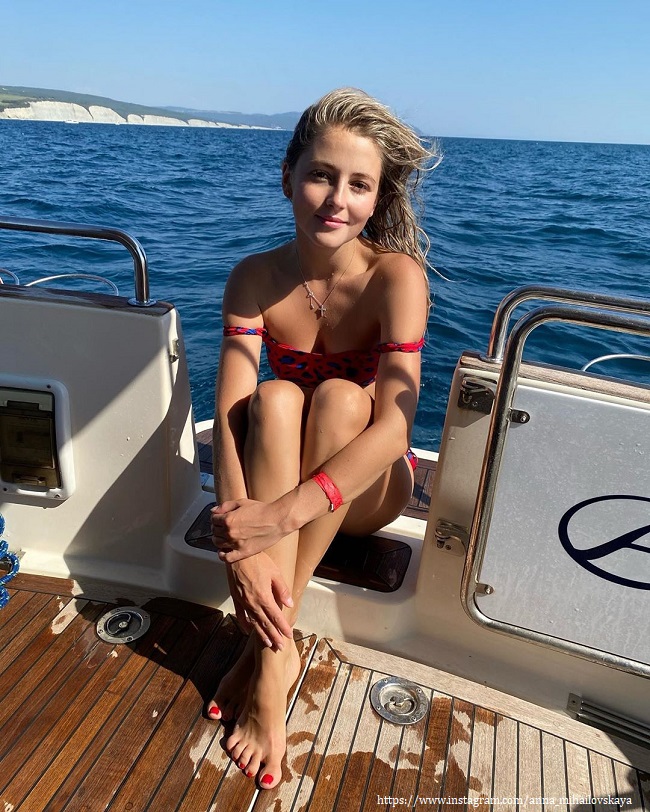 In early August, actress Anna Mikhailovskaya was vacationing with her family in warm lands, and she shared her pictures with Instagram subscriptions. On one of them, the star of "Molodezhka" was imprinted in a cornflower-blue bikini on a yacht, covering her stomach with her hand. The fans of the artist immediately decided that she was in an interesting position.

"She's definitely pregnant. She covered her stomach with her hand and in that photo she tucked her legs so that it was not visible. Friends, but why do you always see pregnancy in everything?"Mikhailovskaya wrote then.

Recently, the girl herself provoked rumors about her interesting situation. In the microblogging, she talked about feeling unwell and dramatically changing mood. Of course, subscribers immediately assumed that Anna was expecting a second child.

A few days ago, a spicy photo excited the Network again. An image of Mikhailovskaya in a seductive bikini appeared on one of her Instagram fan pages. Subscribers suggested that Anna was about to acquire a tiny heir.

For the first time, Mikhailovskaya became a mother in 2015. She gave birth to her son Miroslav to actor Timofey Karataev. Two years ago, their marriage broke up. After that, Anna began to meet with businessman Kirill Shokotko.